Former Muang Thong United head coach Totchtawan Sripan is aiming to put one over on his old club as Police Tero host the Kirins in the Thai League (T1) on Saturday.

It is another huge clash for the home side in the battle to beat the drop, with three teams almost certainly down and seven more desperately trying to avoid the final two places.

Here are five things to look out for on Thai League Matchday 28.

Totchtawan was on his way to winning the T1 title just two years ago, while 16 months ago he led Muang Thong to the last 16 of the AFC Champions League (ACL).

He was still in charge when the same team thrashed Malaysian champions JDT in an ACL qualifier this year. 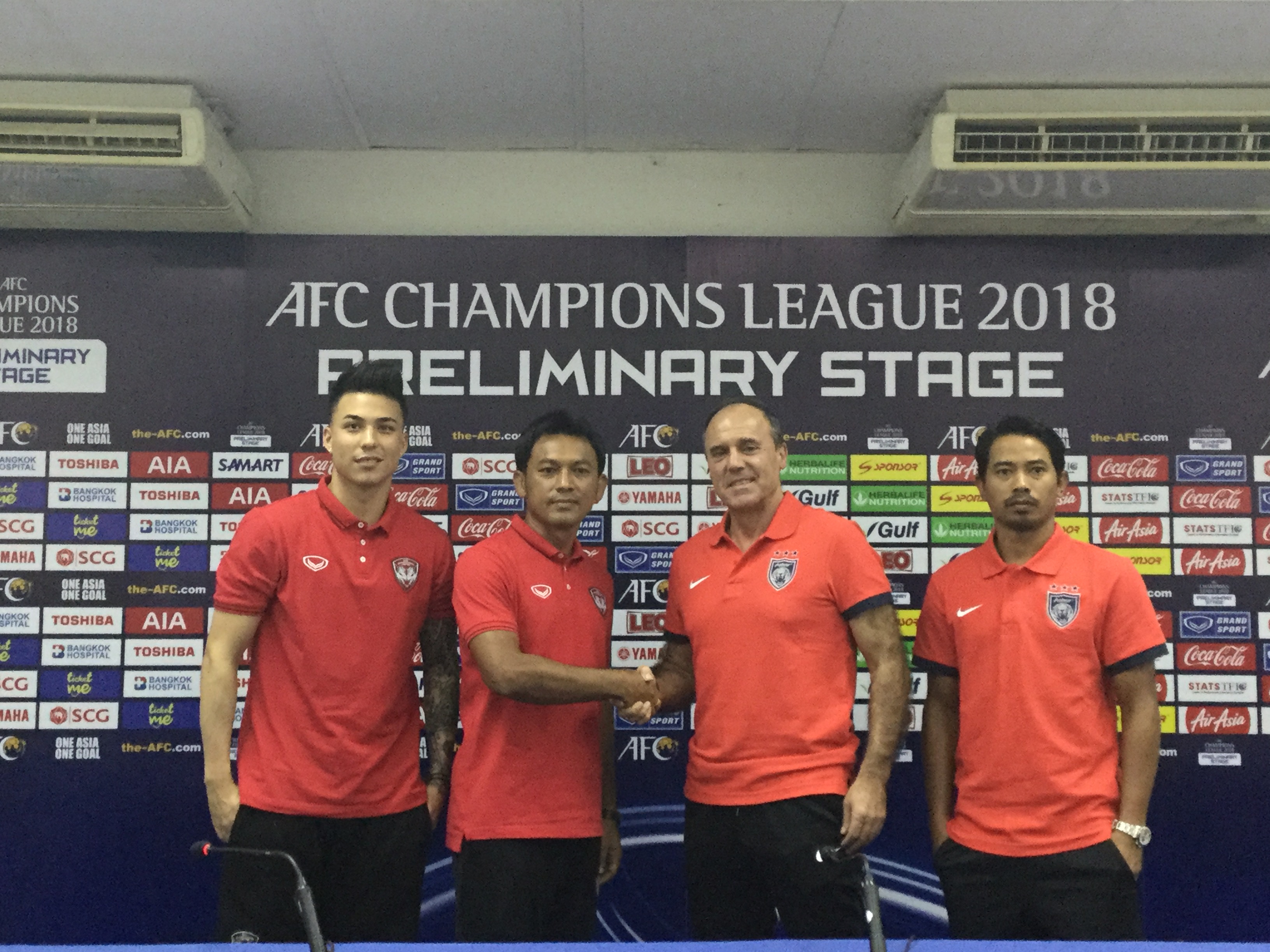 At that time, few would have seen him battling to keep a different side in T1, the task he has taken on following his departure from the Kirins earlier this year.

The absence of suspended top scorer Michael N’Dri is a blow in a match they really need to take something from as they sit level on points with three other teams, with Chainat in the relegation spot on goal difference only.

Wednesday’s come-from behind victory at Sukhothai was the club’s second win on the bounce, following an eight-game winless streak.

A third win in a row would damage Muang Thong’s bid to finish in the top three but it could go a long way to securing top flight status for Police Tero in 2019.

Chonburi have taken just two points from the last five T1 matches and this poor run of form has seen them slide into the relegation mire. Just two points separate them from the cluster of four teams on 33 points but this home fixture is surely a golden opportunity to pull clear of some of their rivals.

The Sharks host Air Force United, the bottom side whose relegation is likely to be made official this weekend.

Air Force did have an upturn in form under Jason Brown, going four games unbeaten and knocking Port FC out of the League Cup. But Wednesday’s 5-1 capitulation to Navy FC at home was a reminder of why they are in the position they are in.

With Air Force also struggling with injuries, Chonburi must surely take the opportunity to pick up three points and ease their relegation concerns.

When Nakhon Ratchasima were beaten 1-0 at home by Chonburi in May, they looked very much like strong candidates for relegation. Having won four of their first five T1 games, they proceeded to lose eight of the next 11.

Since then, however, the Swatcats have lost just once in 11 encounters, based on a mean defence that has conceded three times in the last eight fixtures.

The biggest challenge now comes in the shape of a clash with champions Buriram United who are cruising to another title.

The league leaders have scored more than twice as many goals as their Isan derby opponents so keeping another clean sheet will not be an easy task. But the Swatcats have defied the odds several times in recent weeks and will be confident of at least taking a point to stall the Buriram juggernaut.

Sukhothai’s home defeat to Police Tero on Wednesday made them favourites for the drop, with the victors pulling three points clear of them, while Suphanburi’s win at Ratchaburi also gave them a three-point cushion over the Firebats.

Sukhothai’s trip to Suphanburi on Sunday feels like it could be one of their last chances to stay in the battle to beat the drop. Their run-in includes trips to Buriram, Bangkok United and Ratchaburi, while they have to host Muang Thong.

Suphanburi will be determined to move six points above their opponents, with Cleiton Silva key to their hopes, the Brazilian having scored a contender for goal of the season in their midweek win.

As usual, Sukhothai will look to John Baggio to provide some inspiration, while the return of Nelson Bonilla will test the Suphanburi defence.

After a three-game winning streak dragged them out of the relegation zone, Wednesday’s 3-2 defeat at Bangkok United pulled Bangkok Glass back in ahead of Sunday’s match at home to Ratchaburi.

The Glass Rabbits are level on points with Chainat, Suphanburi and Police Tero but above the relegation zone on goal difference only.

Anurak Srikerd’s side need to rediscover that winning feeling to regain the momentum that had they had built before the four-week break for the Asian Games.

Bangkok Glass played well in midweek and will not be too discouraged, unlike their opponents who are now only two points above the relegation places after a home defeat to Suphanburi.

The Dragons have won just one of their last nine T1 fixtures and defeat here would see Bangkok Glass climb above them and place them at the heart of the relegation struggle.

Buriram close in on another title after controversial victory