The Port Lions’ season is in danger of fizzling out after a run of just one win in seven games that has seen bitter rivals Muang Thong United overtake them.

At the other end of the table, there will be more drama in the battle avoid relegation.

Here are five things to look out for on Thai League Matchday 29.

Port FC’s 2018 campaign has been one of many highs and lows but most fans would have settled for a top five finish at the start of the season.

However, they had put themselves into a strong position to finish second or third so a slip outside the top four would surely feel like something of a failure.

Chiang Rai United now sit just four points behind Port and a home win would have them breathing down the necks of the Bangkok side.

Head coach Jadet Meelarp has a job to do to ensure his players are up for the challenge after a couple of listless performances.

With winger Pakorn Prempak suspended, there may be an opportunity for striker Arthit Boodjinda after his goal on Sunday, though Jadet may prefer the option of starting with either Anon Samakorn or Bodin Phala.

Nurul Sriyankem must also be a doubt, having come off with a knock in the first half of the weekend draw with Chainat.

Despite being well in with a chance of finishing third, Prachuap didn’t seem too bothered by the prospect as they rested several key players in the weekend match in Chiang Rai.

Their 3-2 defeat was a creditable result in the circumstances but it saw them fall four points behind third-placed Muang Thong United.

However, the Killer Wasps are always formidable on their own patch and will be a tough obstacle for Chonburi who only just scraped a win at home to relegated Air Force United at the weekend.

Prachuap have won 11 of their 14 home fixtures and have lost just once – to champions Buriram United.

The Sharks are sitting five points above the relegation zone but they are not yet safe. They will have to do better than most teams on their visit to this seaside town if they are to move further away from trouble.

The hosts will be without suspended top scorer Jonathan Reis but Lonsana Doumbouya should be fit to start.

Ratchaburi have now lost three games on the spin and a fixture against Muang Thong United is not what they would have wanted as their need for points becomes more desperate.

A run that has seen the Dragons win just one T1 game since mid-June has made relegation a real possibility for a side that has finished sixth for the past two years.

It certainly seems a long time since we saw the optimism generated by the appointment of Christian Ziege as head coach in January. 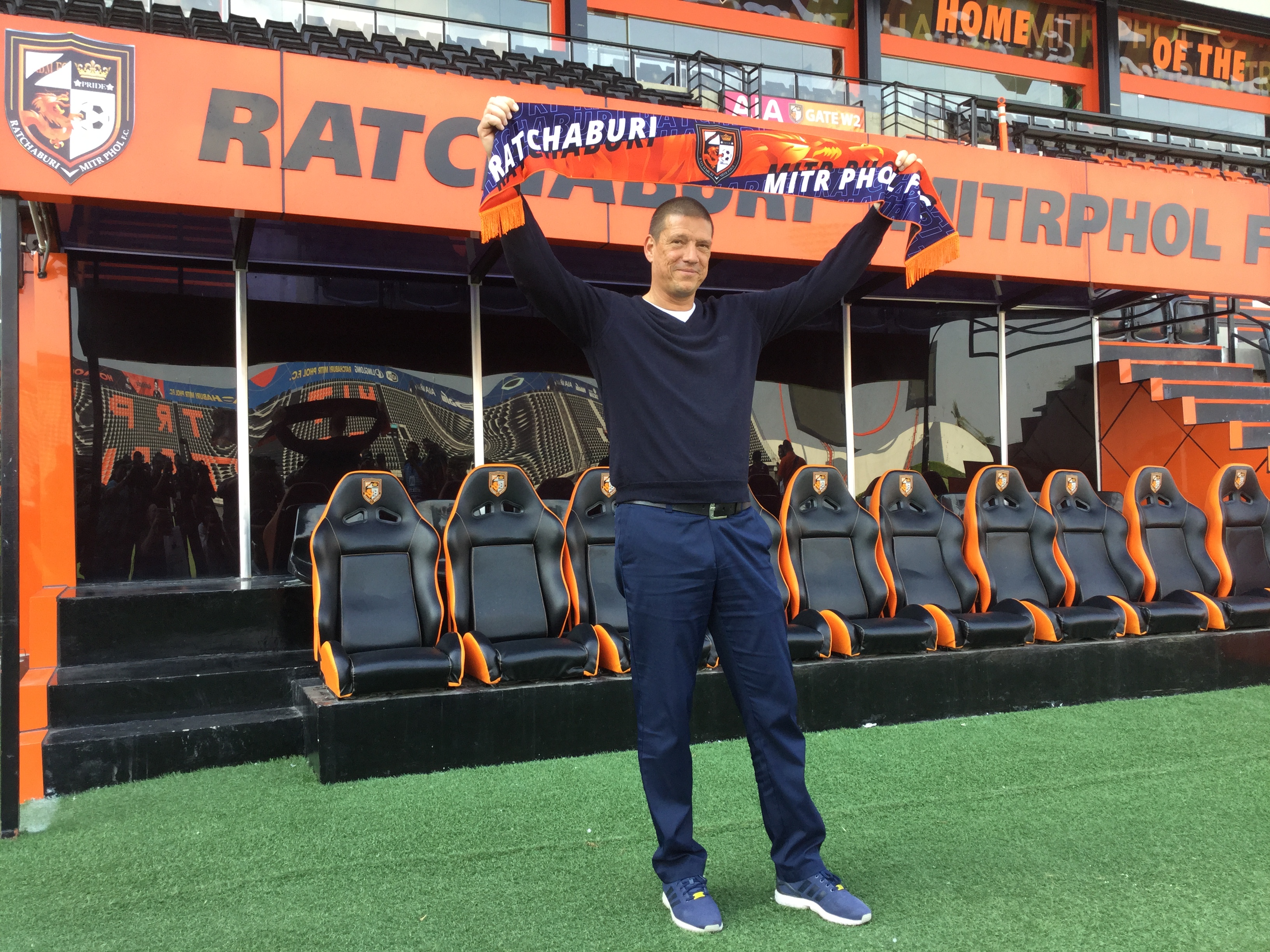 Muang Thong smashed home eight goals in their two T1 matches last week and the momentum from Saturday’s exhilarating 4-2 comeback win at Police Tero should see them approach this with confidence.

It will be interesting to see if 20-year-old Poramet Arjvirai gets a start for the Kirins after his impressive performance as a substitute on Saturday highlighted his potential.

Depending on results elsewhere, a Muang Thong victory could see Ratchaburi end the evening in the drop zone.

A dreadful start to the season for Bangkok Glass saw them sitting in the relegation zone until very recently.

There have been many low points in a difficult campaign but the nadir surely came when they were thumped 5-2 at home to Chainat back in April.

Despite a challenging opening to the T1 season, most observers had assumed that the Glass Rabbits would eventually come good, but that shambolic defeat to Chainat suggested that the side from Pathum Thani’s problems ran deep.

It took several months before the recent run of four wins in five finally hauled Anurak Srikerd’s side out of the relegation zone and they will hope for a measure of revenge at Chainat, with their opponents on a six-game winless streak.

The suspensions of midfielders Thitipan Puangchan and Toti certainly won’t help the visitors’ cause but they might be tempted to give Chatree Chimtalay a rare start after the veteran striker’s brace won the game at home to Ratchaburi on Sunday.

Pattaya United’s recent surge up the table has all but completely removed the threat of relegation, with the Dolphins now sitting in seventh place on 41 points.

However, it has been very much the away form that has been behind their move up the league, boosted by just one defeat in eight games.

Surprisingly, Pattaya have failed to win any of their last six home fixtures, scoring just once in the last five.

This will encourage Police Tero as they seek another much-needed three points after the weekend setback at home to Muang Thong.

With top scorer Michael N’Dri back after suspension, Totchtawan Sripan’s side should be going all out to make it another day when home advantage seems questionable for the Dolphins.

Buriram flex their muscles to put Port in their place