Bangkok United goalkeeper Michael Falkesgaard hopes his Asian Cup experience can inspire him in the 2019 Thai League season as his side shoot for the title.

The 27-year-old was the Philippines Number One in the absence of Cardiff City keeper Neil Etheridge in the UAE and was one the Azkals top performers.

Although his country lost all three games in the group stage, they were up against continental heavyweights in South Korea and China as well as emerging Kyrgyzstan.

“Of course, I was proud to be at the Asian Cup with the Philippines as it’s a big tournament,” said Falkesgaard. “I think everyone who was involved can use it positively in their careers.

“These games were a big experience for a lot of players and me. I’m going to use that to try and have a good start to the year here with Bangkok United.” 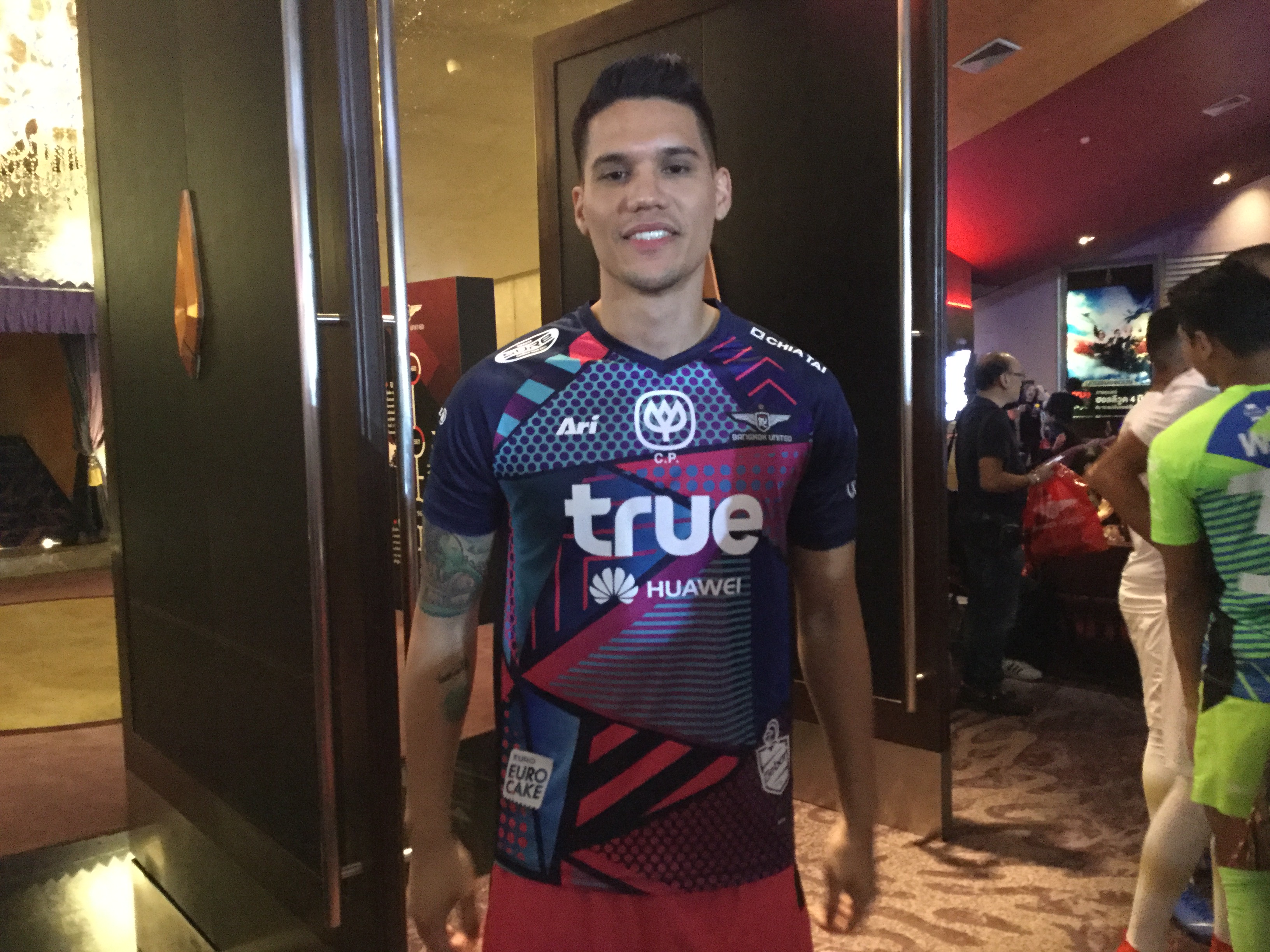 With Etheridge unavailable for the Asian Cup as his club battle relegation from the English Premier League, it’s fair to say that Falkesgaard took his big opportunity. However, he would not go so far as to suggest that he was now in pole position for the jersey.

“That’s not my decision, of course, but I think I have done what I could do,” said Falkesgaard. “We played against difficult teams and the way that we played against these teams in the Asian Cup was very defensively and I had a lot to do.

“There were tough games and I hope for the upcoming matches with the Philippines that I can maybe be the coach’s first choice but it will be his decision.”

As the Bangkok Angels prepare for a title bid, they have strengthened the squad with the likes of Thailand international wing-back Tristan Do, former Japan international striker Mike Havenaar and El Salvador striker Nelson Bonilla.

Falkesgaard believes that they have to make a stronger start and to avoid dropping cheap points if they are to overcome champions Buriram United, who have finished top of T1 in five of the last six years.

“I think that last season we did quite well,” he said. “We started off quite slowly. Many new players came and we had to build the team and it took six or seven games before things started to click.

“With the new arrivals, I think that we have an even stronger team than last season, so we have to play the same way but we need to be more ruthless, like Buriram have been the last couple of years. They haven’t always won with a lot of goals but they have won the games.

“You can see from their performances last season that they scrambled a lot of points together. Something we have to look at is to be hard to play against, especially against the teams that we are supposed to beat as taking three points against them is going to be crucial.”

Thailand on brink of exit after Uzbekistan defeat