The AC Milan legend has had a modest coaching career to date and faces a big challenge in his attempt to outlast the previous five head coaches.

Here are four things to look out for on Matchday Five.

The appointment of Marco Simone as Ratchaburi’s new head coach was met with understandable scepticism by many, with the very brief stay of Christian Ziege still fresh in the memory.

Like Ziege, Simone had an excellent playing career at several top clubs but has achieved little as a manager. With Ratchaburi on a three-game losing streak and low on confidence, the Italian must quickly lift spirits before in-form Heberty Fernandes takes aim at his former club.

Dragons fans must hope that Simone’s fluent French can get more out of Yannick Boli and Steeven Langil, while Pairot Eiam-mak may well be replaced in goal following a series of howlers.

Not many expect Simone to see out a contract that lasts until the end of the season, but this game will give an early indication of what he might bring to a club whose ambitions have not been matched by performances over the past 18 months.

Mike Havenaar arrived at Bangkok United with a strong reputation but the former Japan international’s struggles to adapt to the climate and reach match fitness saw him left out for the first three games of the season.

The striker finally got a chance when his side fell behind to Buriram United two weeks ago. While it was too little, too late to save the game, he did enough in his brief cameo to suggest that he can be quite an asset in the games to come.

The Bangkok Angels have a reputation as a free-flowing attacking side but have found the net just three times in four games. Nelson Bonilla has scored two of them but after a trip the USA to play for El Salvador, head coach Mano Polking may be tempted to turn to Havenaar for his first start at Nakhon Ratchasima.

The Swatcats have yet to win at home this season and Bangkok United will be desperate to keep it that way after the dispiriting defeat at home to Buriram. Havenaar may just be what’s required to break down a resolute Swatcats defence as the visitors try and stay near the top of the table.

Chonburi’s 3-0 defeat at Suphanburi two weeks ago came due to a listless performance from a team that has started to look very different from the one that drew at Buriram on Matchday One.

The Sharks are now bottom of the T1 table and host leaders Prachuap on Saturday, with another defeat unthinkable.

There must be room for change in the side that has been underperforming and goalkeeper Chanin Sae-ear’s position must be under threat after some uninspiring displays.

A victory in this game could relaunch the Sharks’ season and lift the players back to the levels they are capable of. A defeat would see them stay bottom and begin to seriously contemplate a season-long battle to beat the drop.

Sukhothai head coach Ljubomir Ristovski has not surprisingly toughened up a side that conceded 63 goals in 2018, with his new team losing just two goals this year. However, they have also netted just twice to leave them looking pretty toothless in attack.

The loss of the prolific Nelson Bonilla was always going to have an impact but Petar Orlandic looked a decent replacement, having played for Red Star Belgrade as recently as 2017. 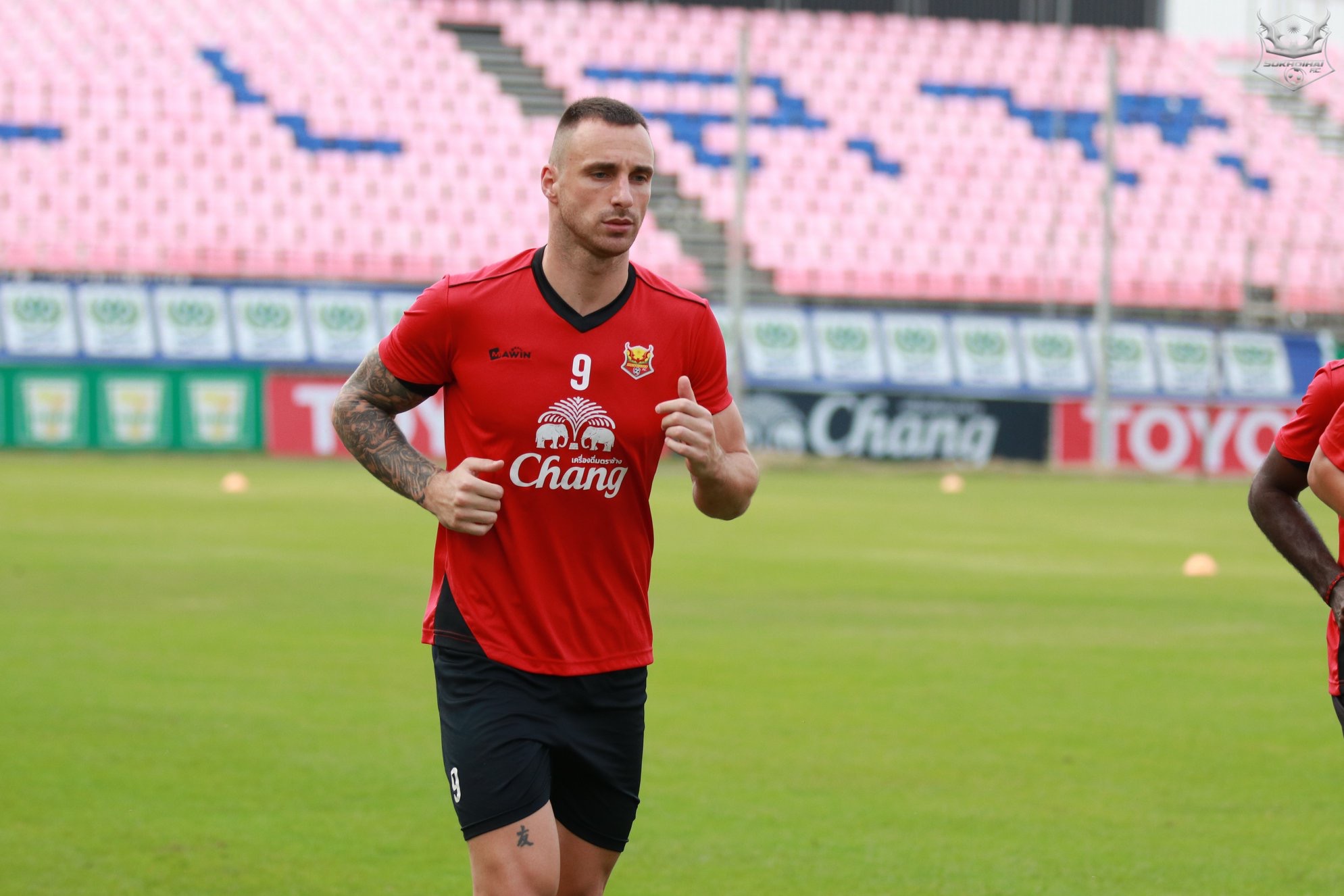 The Montenegrin striker has struggled in front of goal so far, but he has been getting into the right positions. Fire Bats fans will be hoping that the near misses soon turn into goals.

Port FC will be a tough opponent on Saturday but the atmosphere at the Thung Thalay Luang Stadium can lift the home side as they seek to take their first win of the year.