Buriram make their move as T1 battle heats up

With Port FC dropping points for the second week in a row and Chiang Rai United losing, the champions now sit three points off the top with two games in hand.

Here are four things we saw on T1 Matchday 12.

It has been a slow start to the season for Buriram United and after 10 games, their form is still somewhat indifferent. But still far from at their best, Buriram did enough to defeat bottom side Muang Thong United 1-0.

After a scrappy and physical first half, the hosts took control in the second 45 minutes and Sasalak’s deflected shot found the net in the 79th minute to seal the three points. 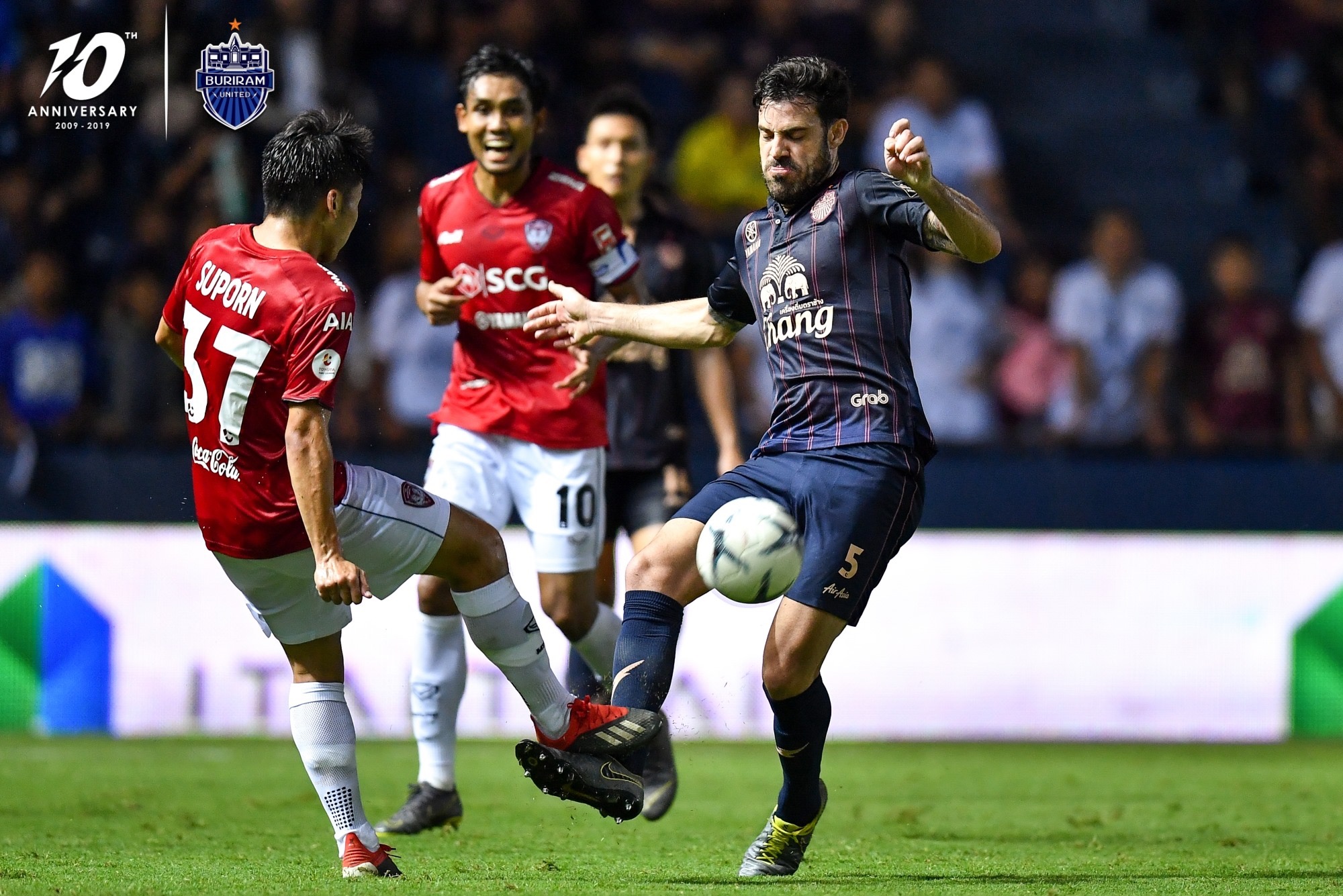 With no AFC Champions League to distract them, Buriram are now back in control of their own fate in T1, with leaders Port dropping four points in the last two games. Wins in Wednesday’s match at Chainat and Saturday’s rearranged fixture at Sukhohtai would take them level on points at the top at the very least.

The league had been giving the illusion of close competition. The next few games will certainly reveal if we have a true battle on our hands or if Buriram are going to run away with their sixth title in seven years.

It was far from as clear-cut as last week’s shocker but the league leaders could again rue a decision that cost them two points. Henri Doumbia slotted home the Swatcats’ penalty after Pakorn Prempak’s deflected free-kick had given Port the lead. 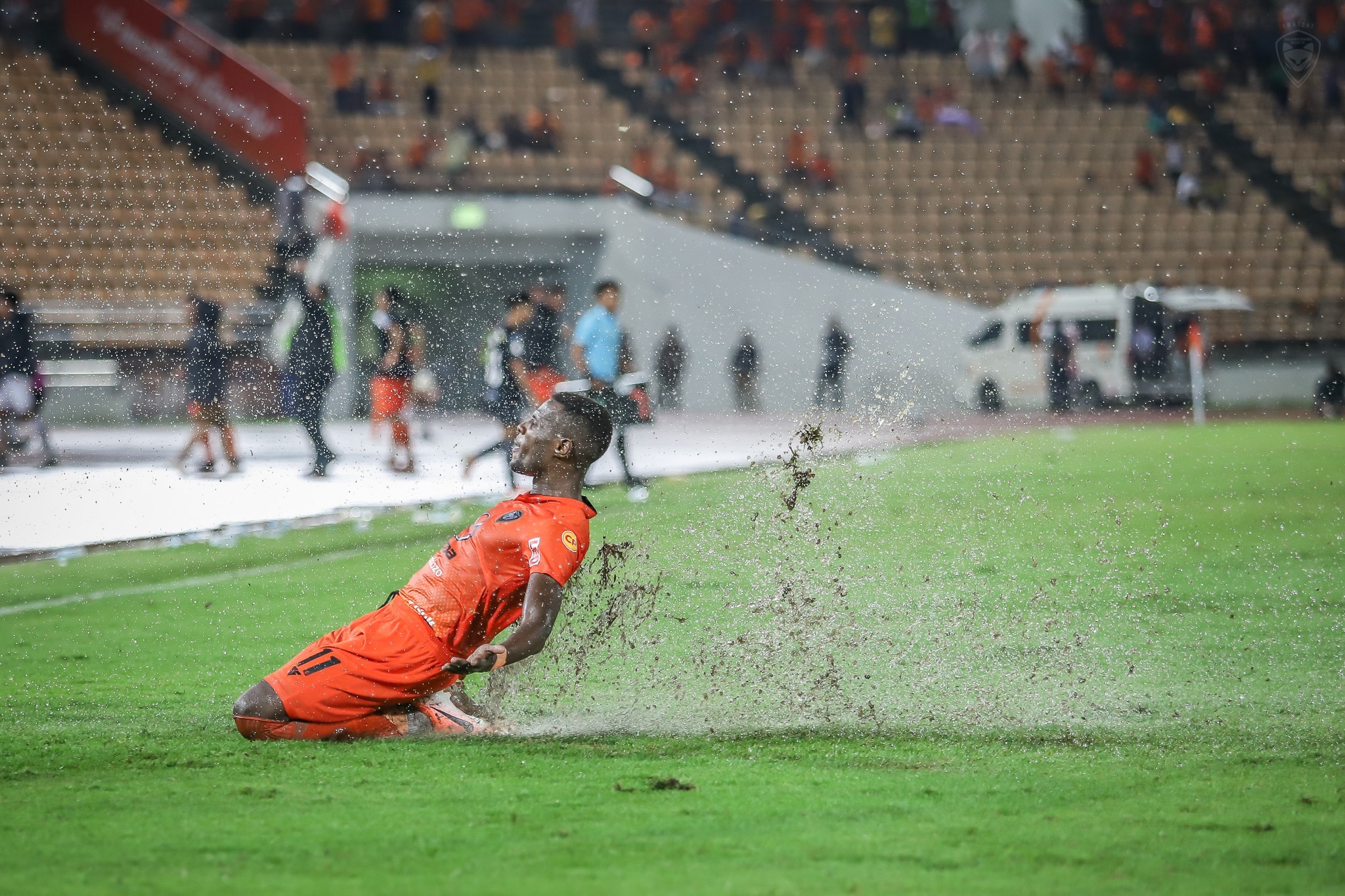 But Port cannot feel too hard done-by on balance. Elias Dolah’s blatant handball offence in the first half should probably have led to a penalty for Nakhon Ratchasima, with another question mark over whether or not it was in the box. And while the visitors had luck on their side, as Pakorn’s heavily deflected free-kick ended up in the net, Leandro Assumpcao saw his deflected strike come back off the post in the first half.

Overall, a draw was probably a fair result but Port head coach Jadet Meelarp was moved to suggest that VAR should be reintroduced to prevent more of the kinds of errors that have been so costly in the last two weeks.

Things looked grim for Bangkok United at half-time as they were 1-0 down to Samut Prakan City. They had been denied a penalty when Anon Amornlerdsak was chopped down and seen two efforts come off the woodwork. There had also been several missed chances, with Anon and Pokklaw Anan particularly guilty before Ibson Melo took advantage of some lax defending to open the scoring.

When Everton’s header crashed off the bar early in the second half, heads might have gone down. But Nelson Bonilla’s 11th goal of the season pulled them level before Tristan Do tapped into an empty goal to complete the turnaround. 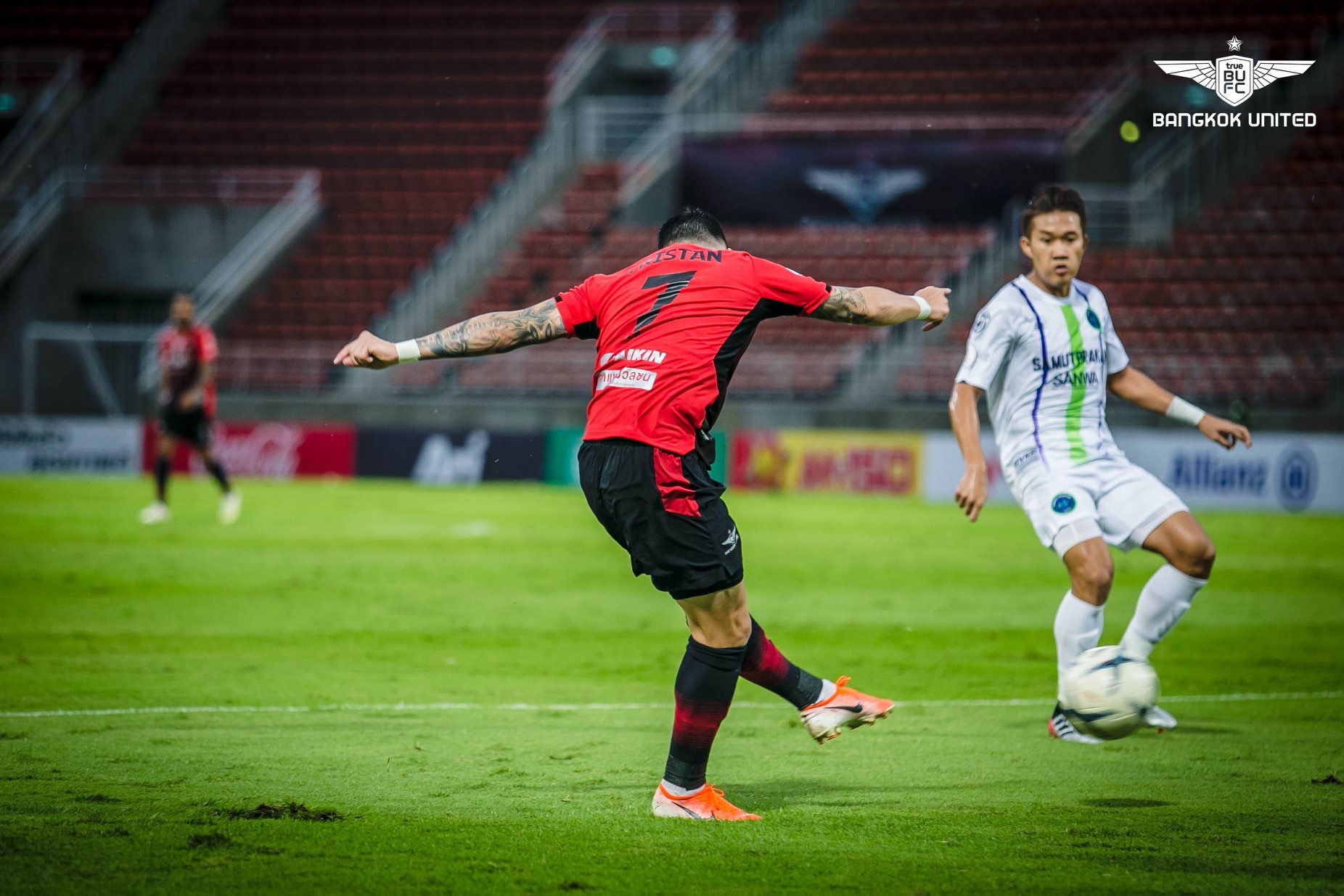 The victory has the potential to be a huge turning point for Mano Polking’s side as they went from seventh to fourth in the table, gaining two points on both Port FC and three on Chiang Rai United. The Bangkok Angels have blown hot and cold all season but they are still in with a shout of the T1 title ahead of a potentially pivotal fixture at Chiang Rai United on Wednesday.

Trat FC had a complete overhaul of their squad when they were promoted to T1 and the recruitment strategy appears to be paying off as the team has made a trip to the eastern town something to fear.

Chiang Rai United arrived on the back of a seven-game unbeaten run in which they had conceded just three goals. They were 3-0 down by half-time on Saturday as a double from Adefolarin Durosinmi and a goal from top scorer Lonsana Doumbouya put them in complete control. Chiang Rai managed a late consolation but it is now Trat who have an unbeaten run to defend. 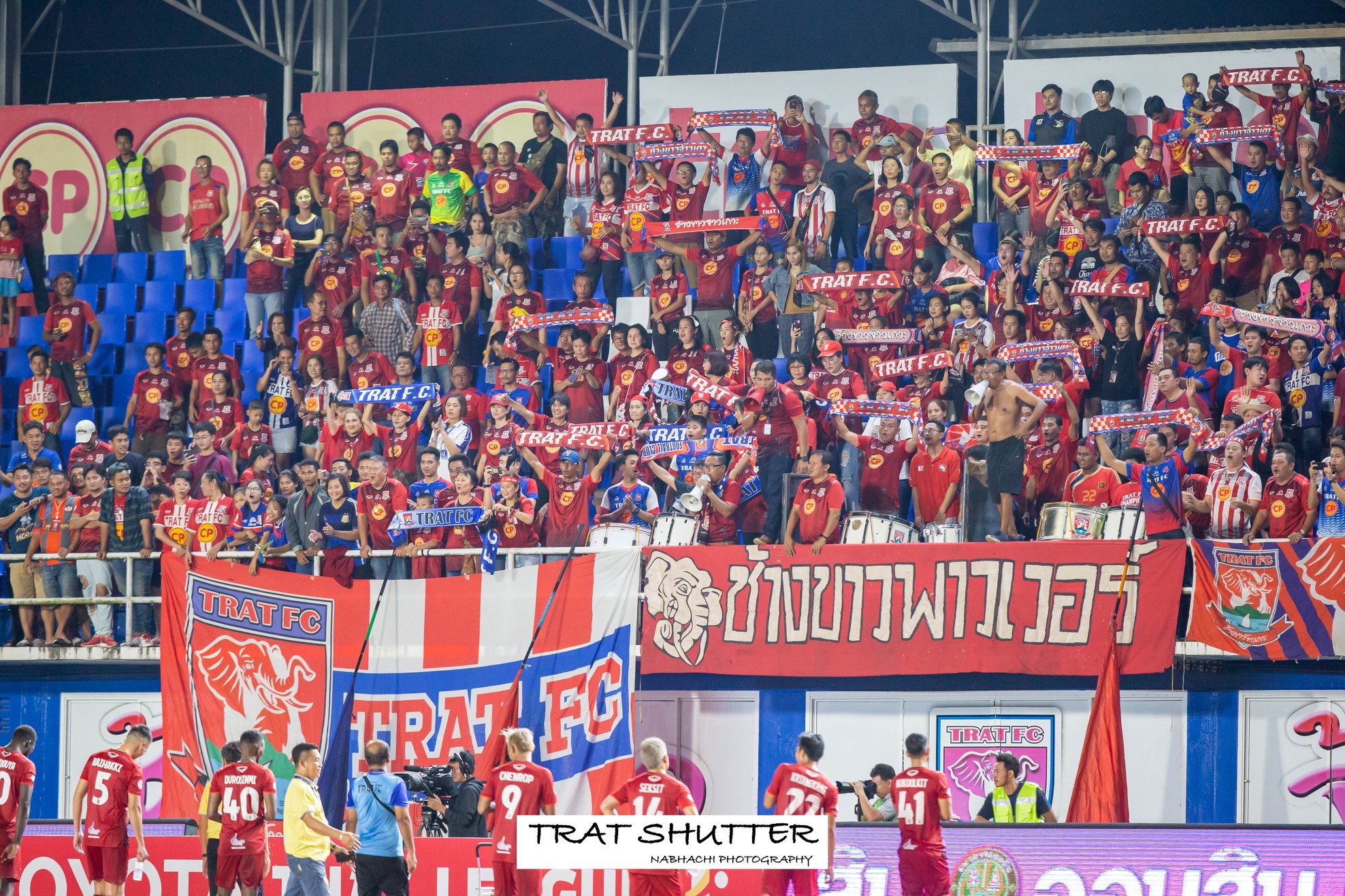 Trat haven’t lost since a 4-1 defeat at Port FC on Matchday 6 and have been beaten just once (by Bangkok United) on home soil. Their last three home victories have been won by an aggregate score of 11-1. Durosinmi and Doumbouya have been key players in this run, along with the third ‘D’ in attack – Bireme Diouf. They now look more like a top 8 team than the relegation favourite they were just three months ago.