Port FC cruised to a 2-0 victory over Muang Thong United and quashed any hopes that the Kirins might pull off a miracle and win the Thai League (T1) title.

As the Top Five sides were dropping points with reckless abandon, Muang Thong’s 22 points from eight games had taken them from the relegation zone to within touching distance of the top.

However, this defeat kills off their unlikely challenge, while Samut Prakan City’s loss at home to Chiang Rai United confirmed the end of their T1 hopes.

Here are three things we saw on T1 Matchday 23.

Form coming into this match suggested that this could be a very tight game between two well-matched sides. In reality, it turned out to be a straightforward victory for Port even if it took until the 89th minute for Josimar’s clinching goal to give the match a scoreline that reflected the balance of play.

Port played with aggression and intensity, full of menace on the counter attack, while Muang Thong were surprisingly flat and lacking in creativity. The Kirins may have been knocking on the door of the Top Five before the match but they ended it 11 points off top spot, while Port FC stayed in touch with leaders Buriram. 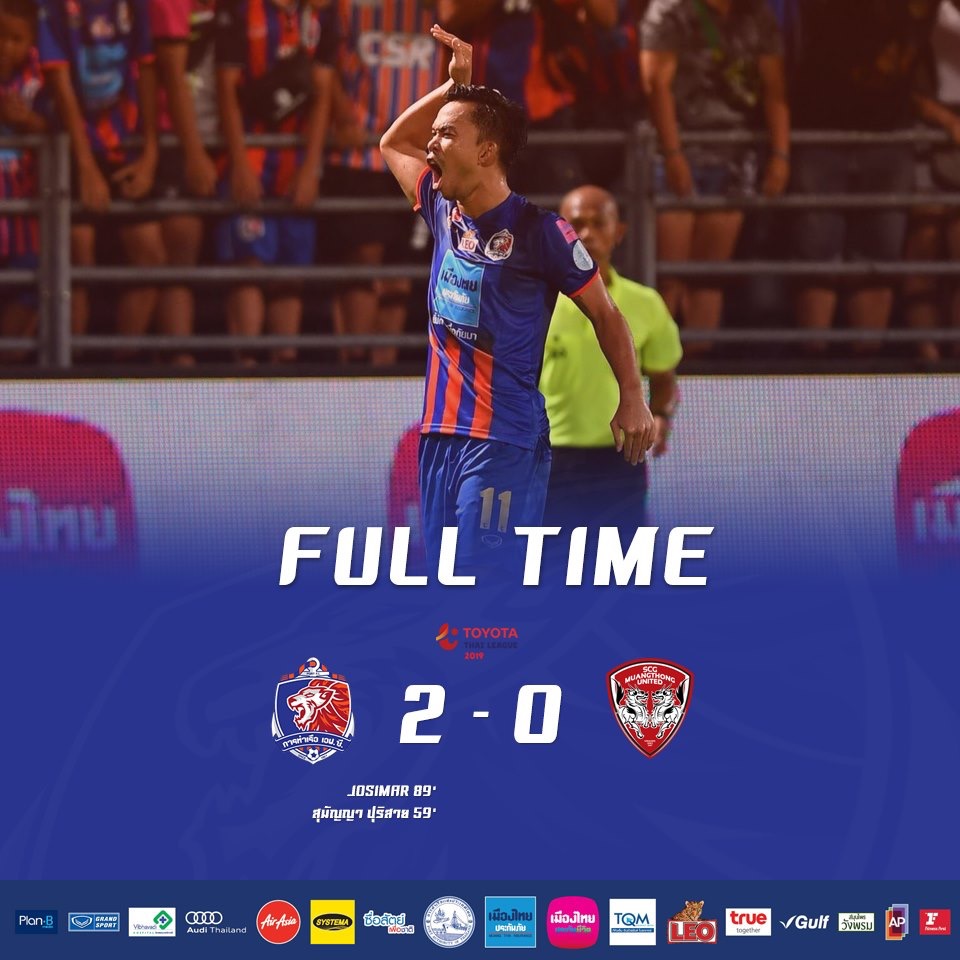 It took an hour for Sumanya Purisai to make the breakthrough, but despite tactical changes from head coach Alexandre Gama, Muang Thong never built up a head of steam and repeatedly found Elias Dolah a formidable barrier in the heart of the Port defence.

The energy of Nitipong Selanon on the right flank kept the visitors on the back foot and there were also fine performances from Bodin Phala and Martin Steuble. With the managers of the Thailand and Philippines national sides looking on, they chose a good time to impress.

For Port fans, however, the main thing was to see their recent dominance over Muang Thong continue. Their T1 record over the past three years now reads W4 D1 L1 and this was their first home win over the Kirins in 10 years.

Samut Prakan City’s fine season is in danger of finishing ignominiously as they were once again taken apart at their own stadium on Sunday. Chiang Rai United recovered from a couple of disappointing results to defeat the Sea Fang 3-0 and remain just one point behind leaders Buriram United.

The decision to recall Ekanit Panya from his loan at Chiang Mai was again vindicated as he smashed home the opener before William Henrique added a second. 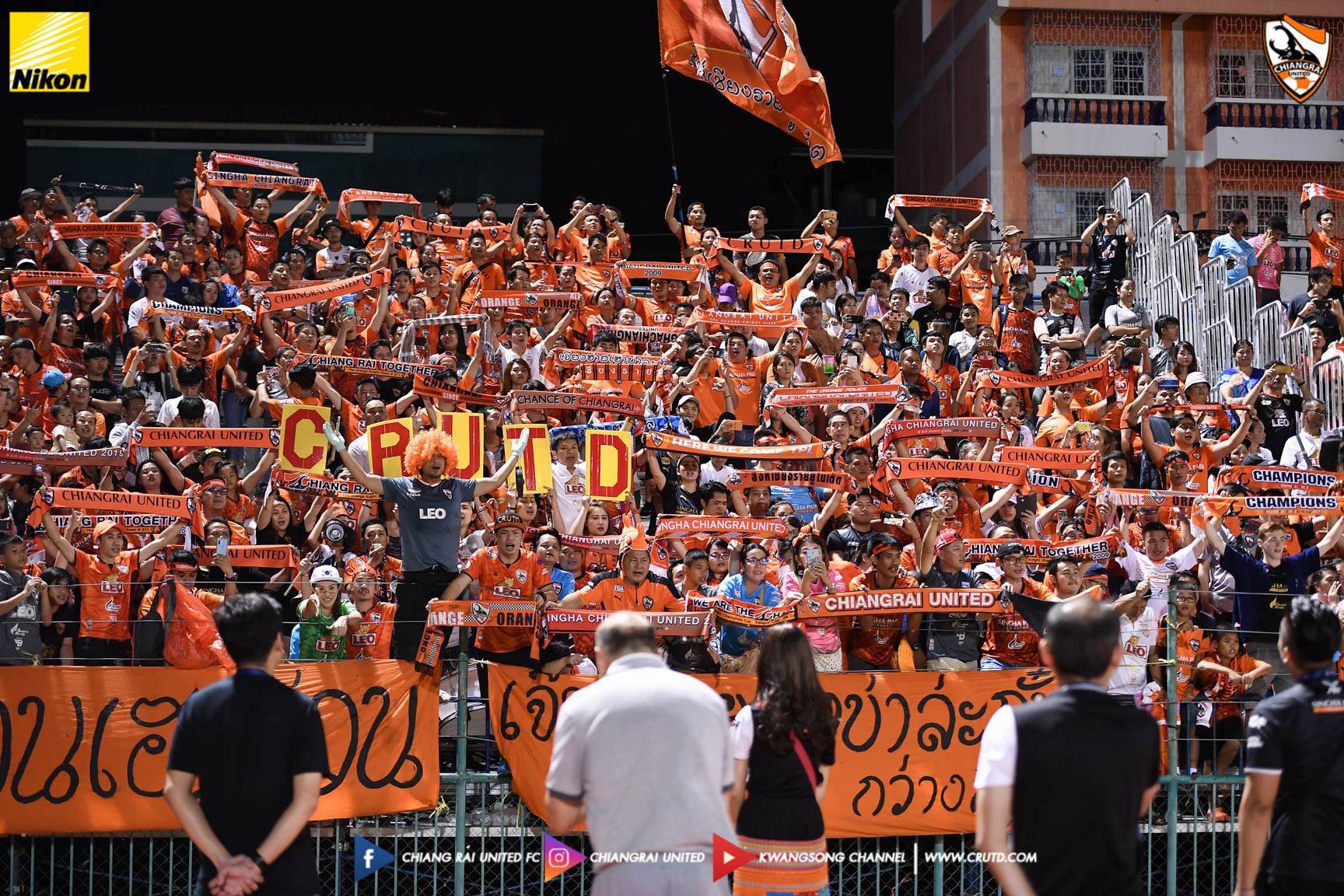 The current malaise at Samut Prakan was summed up by Chiang Rai’s third. Kim Ho-yeong dallied in possession on the halfway line and was robbed by William. The Brazilian ran clear before finishing with a sublime chip over Kampol Pathomattakul.

Thet makes it four defeats in a row for Samut Prakan, conceding 15 goals in that time. They next face two away fixtures against clubs fighting for their lives, so things aren’t about to get any easier. Meanwhile, Chiang Rai’s title challenge stays on course with seven games remaining.

Playing during rainy season in Thailand poses a number of challenges. Sudden and intense storms can render a pitch unplayable in a matter of minutes and fans can see their plans disrupted by the resulting traffic chaos. It is, however, the duty of the league to ensure that matches at this level are played on surfaces that allow for a fair contest, with due consideration for the safety of the players.

On Sunday, the league again failed in this duty, just two weeks after Chonburi and Bangkok United played out a match on a waterlogged pitch. Trat’s match at home to Buriram United was delayed as the officials hoped for the rain to ease off and for the pitch to drain reduce surface water levels.

In many countries, referees use the bounce test as one way to determine if a game can go ahead. They would not have got much bounce on many areas of this pitch as the whistle blew for kickoff in this one. 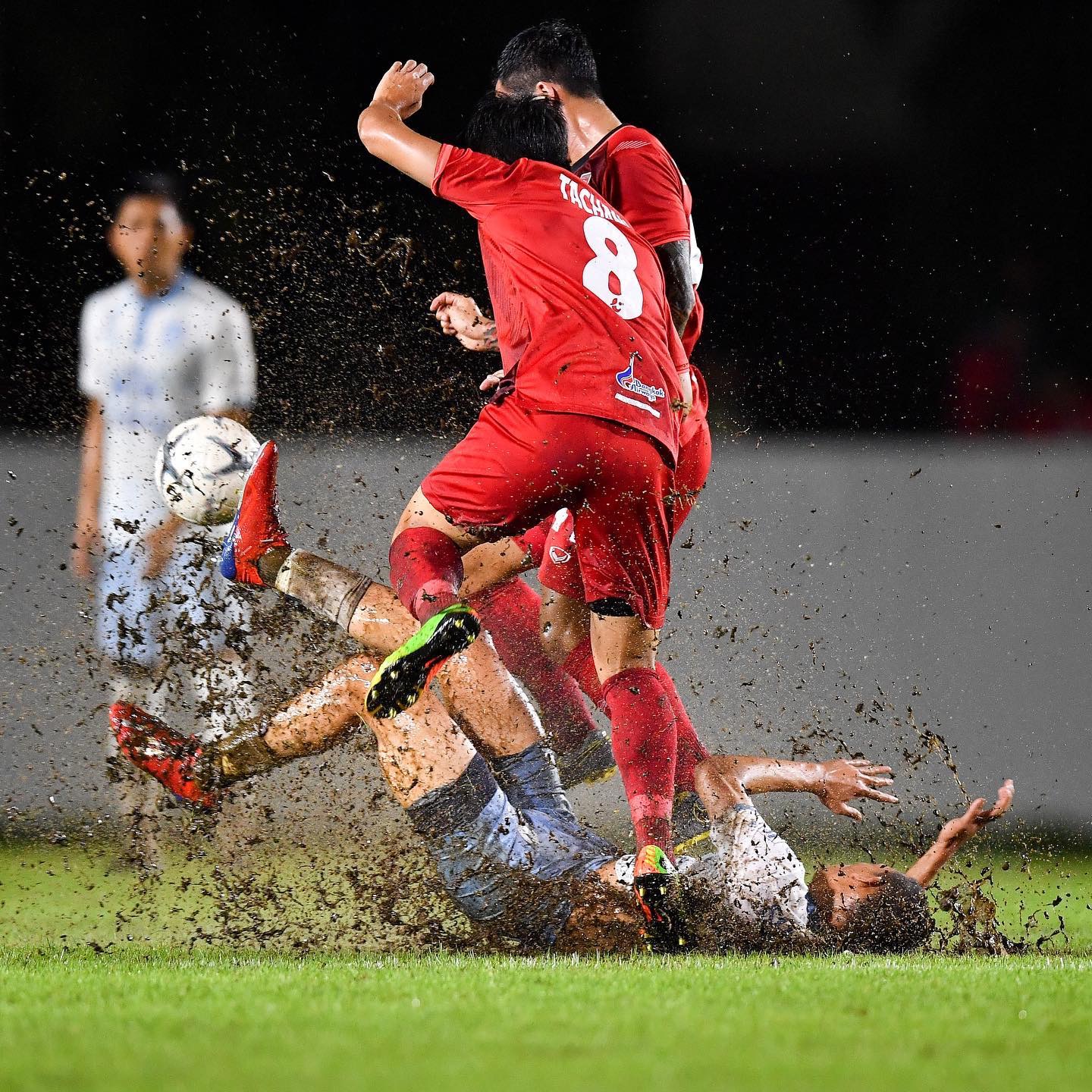 With six minutes remaining of a mud wrestle, Buriram’s quickly taken free kick created the chance for Nacer Barazite to once again make a decisive contribution from the bench and score the game’s only goal. Trat – still smarting from defeat to the same opponents in the FA Cup on Wednesday – complained bitterly that the free kick had been allowed to be taken in this manner, but they would have been better off staying focused on the ball.

The hosts’ temporary refusal to continue was an embarrassing throwback to the days when such throwing of toys from prams was more commonplace and Bireme Diouf’s manhandling of the referee surely merits a suspension.

Chonburi count on experience as they prepare for Buriram test

Muang Thong hit back while Mano becomes a century boy