Buriram United finally pulled clear at the top of the Thai League (T1) as they thumped hapless Ratchaburi 6-0.

With second-placed Chiang Rai United dropping two points at home to Sukhothai, the champions opened up a three-point gap and few would bet against them staying on top.

Meanwhile, Bangkok United signaled their surrender with a limp display at Prachuap, while Port FC kept up their challenge with a win at Suphanburi.

Here are three things we saw on T1 Matchday 24.

Ratchaburi’s erratic form makes it difficult to know what to expect from them but, without the injured Steeven Langil and the ineligible Javier Patiño and with Lossamy Karaboue curiously left on the bench, they were short of three of their key attacking weapons at Buriram on Saturday.

Buriram United took advantage by brushing their opponents aside with some devastating finishing. 17-year-old Suphanat Mueanta opened the scoring with a nicely cushioned volley before Andres Tunez converted a penalty.

In the second-half, Rattakorn Maikami scored a rare goal with an excellent finish with the outside of the boot, though the best was yet to come as Suphanat fed the ball inside to his older brother Supachok Sarachat. Supachok lined up his shot and smashed the ball into the top corner from distance.

Narubadin Weerawatnodom’s thunderous effort from a narrow angle was the first of two added-time goals, with Nacer Barazite grabbing the other. It has been a long, stuttering journey to get Buriram into this position, but we are now surely going to see Bozidar Bandovic’s men secure a sixth T1 title in seven years.

It was a season that began with such high hopes for Bangkok United as Nelson Bonilla, Tristan Do, Peerapat Notchaiya, Anon Amornledsak and Mike Havenaar looked set to be the final parts of a jigsaw that would turn the club from nearly men into champions.

None of these five players were in the starting lineup when the Bangkok Angels faced struggling Prachuap FC on Saturday. Do missed his seventh game of the season through injury, while Bonilla was unavailable for the sixth time. Notchaiya – who has failed to win back his place in the starting lineup after injury – was on the bench, alongside Anon.

Havenaar’s failure to adapt to the Thai climate and footballing style saw him cut from the squad mid-season, replaced by 33-year-old free agent Jaycee John, who has failed make an impact.

Poor on-field discipline has seen an eight-game suspension for creative midfielder Sanrawat Dechmitr and two recent red cards for Pokklaw Anan – one for dissent and one for a petulant kick. 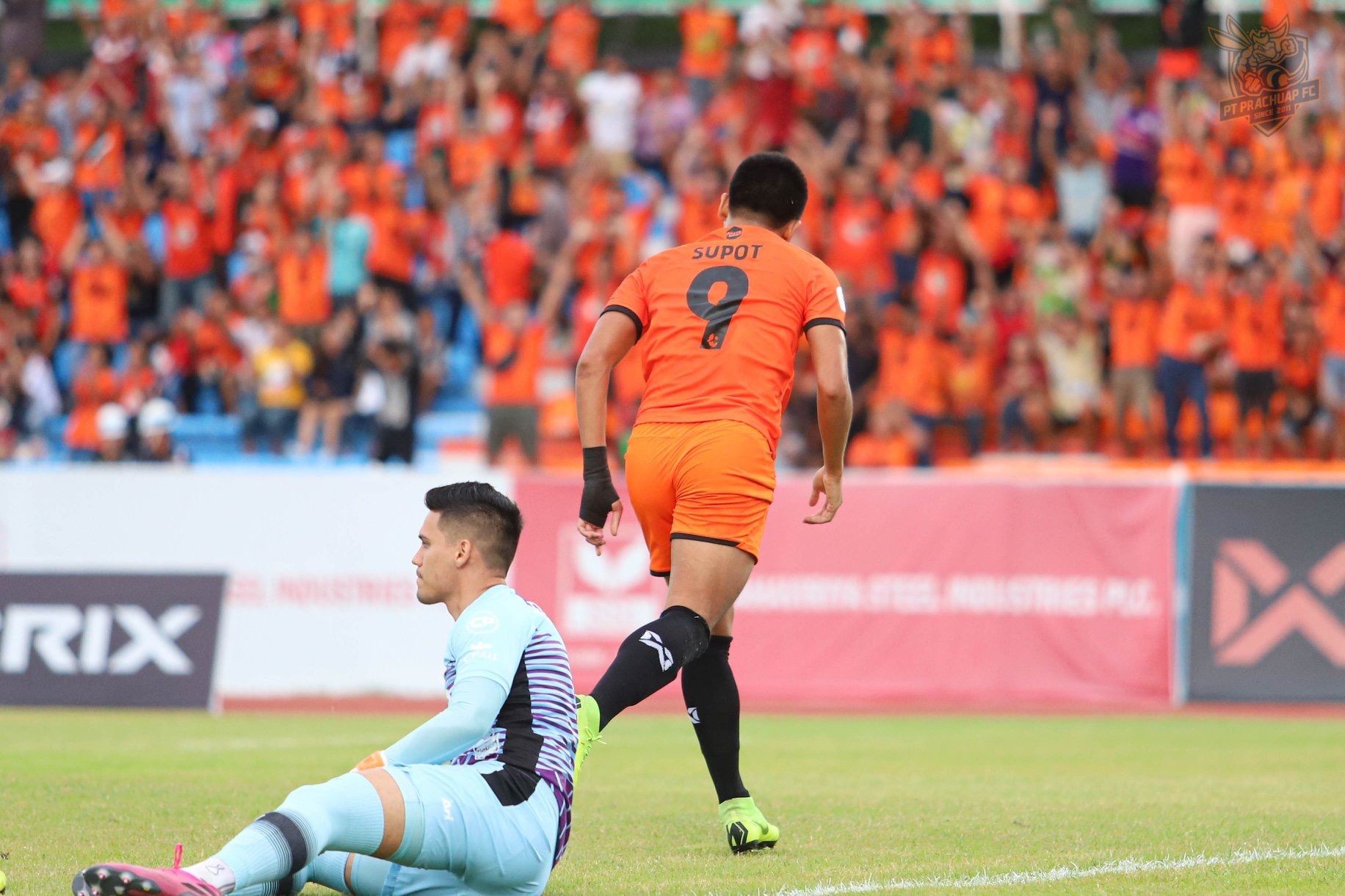 Despite a massive drop-off in performance from Buriram, Bangkok United have failed miserably to take the best opportunity they may ever have of breaking the dominance of the Thunder Castle.

Saturday’s listless performance in the 1-0 defeat at Prachuap saw them slip nine points off top spot to finally confirm that they are no longer contenders for the title. The Killer Wasps showed more energy and appetite despite having played 120 minutes in the midweek League Cup victory over Chiang Rai United. Supot Jodjam’s first-half goal settled the match and the visitors rarely looked like leveling the score.

Bangkok United can still end the season on a high with an FA Cup victory but on the evidence of this performance, few would expect them to lift a much-coveted trophy.

Port FC’s resurgence under Choketawee Promrut continued as they ended Suphanburi’s seven-game unbeaten run with a 3-1 victory away from home.

Not only did they inflict a first defeat on the War Elephant in seven games, but they also scored as many in 90 minutes as the total other opponents had managed against the same side in that seven-match run.

Sumanya Purisai’s early injury gave Rolando Blackburn an opportunity from the bench and his acrobatic effort put Port in front. An own goal made it 2-0 before Miki Seroshtan pulled one back and ensured a nervous finish. 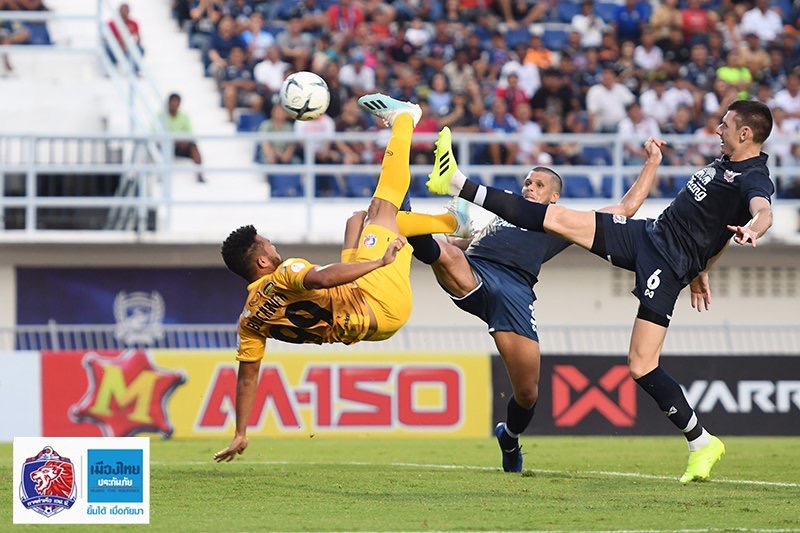 Nurul Sriyankem’s added-time goal sealed victory and the winger was ecstatic in his celebrations, having endured a difficult season due to injury and then seeing his path back into the starting XI blocked by Bordin Phala’s outstanding form.

Port stayed four points behind Buriram and, with the two clashing in Buriram on the penultimate match of the season, there is much to play for in the next four games to set up what could be a winner-takes-all match.