Port FC must overcome bogey team Bangkok United if they are to maintain their Thai League (T1) challenge on Matchday 25.

The Bangkok Angels have consistently got the better of matches between the two sides but this looks the perfect time to change that pattern.

Buriram United have a great opportunity to consolidate their lead at the top with a match at home to Sukhothai, while it may be last-chance saloon for Chiang Mai.

Here are four things to look out for on T1 Matchday 25.

With Bangkok United’s morale at rock bottom, while Port FC are on a roll, Saturday’s match at the True Stadium seems the ideal time for Port to earn a long-awaited victory over the Bangkok Angels.

The last time they triumphed in this fixture in the league was back in 2010. May’s bad-tempered 1-1 draw at the PAT Stadium at least put an end to a six-match losing streak against Mano Polking’s side. But Port had come into that game on the back of five consecutive wins, while Bangkok United had won just two in seven. 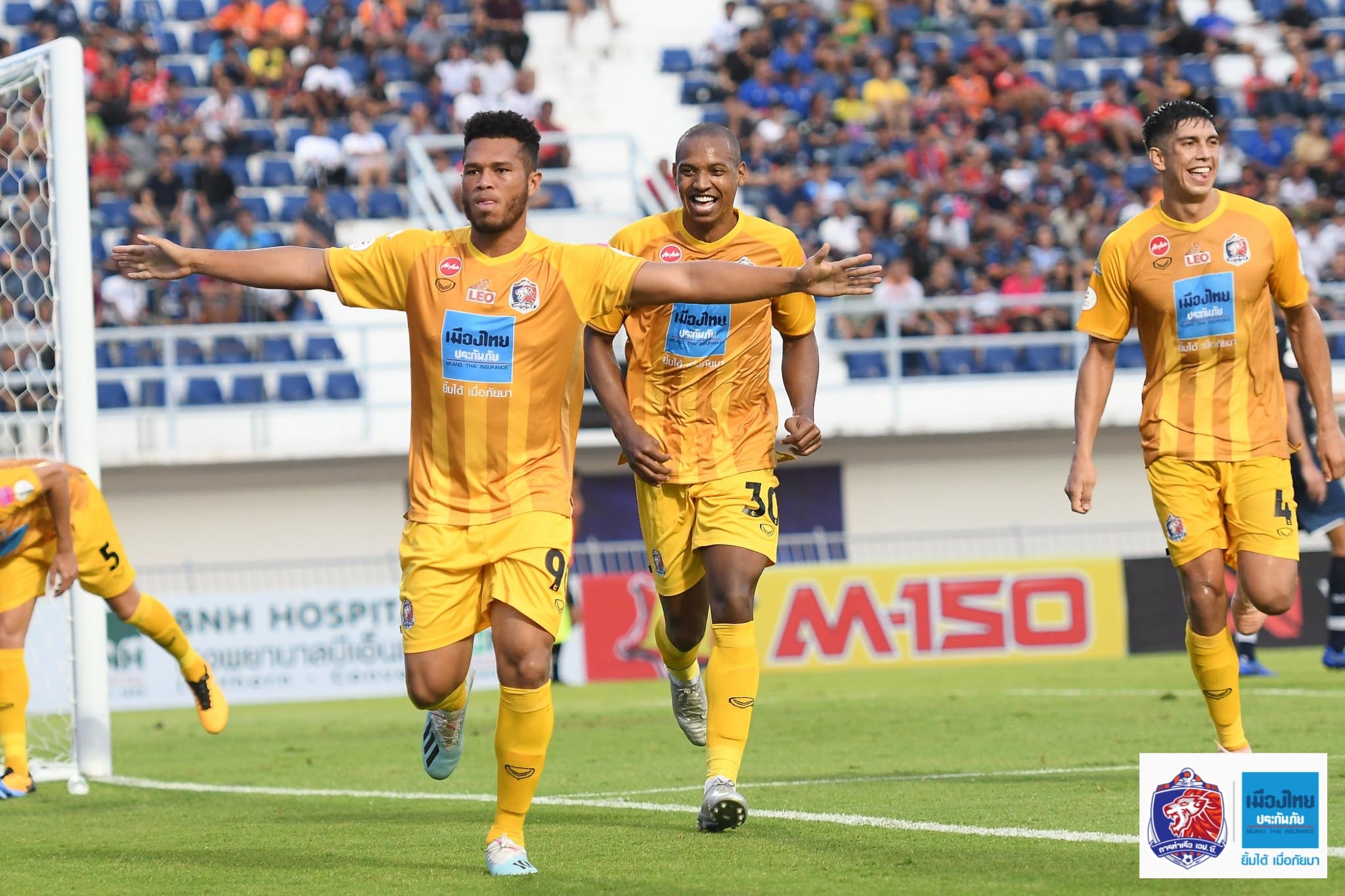 Following that match, Port won just won of their next eight matches, while Bangkok United went on a four-match winning streak – their best of the season.

With Port having moved five points clear of this weekend’s opponents, they still have an outside chance of the title, while Bangkok United are now out of the running. To prove they have the required mental strength to challenge Buriram, this is a chance for Choketawee Promrut’s side to send the message that they won’t be shaken off in their pursuit.

However, Polking has an unbeaten record against Port and he will want to preserve that as he attempts to rebuild confidence ahead of an FA Cup semi-final against the same side. But Bangkok United’s injured top scorer Nelson Bonilla looks set to miss out yet again.

It is a year that has seen Buriram’s worst performance in T1 since a woeful 2016 campaign saw them finish fourth. That season was cut short by four matches, meaning Buriram took 55 points from 30 games.

With T1 having moved to a 30-match schedule, the maximum Buriram can rack up this year is 65 points. It is far from the dominance of 2017, when they dropped just 16 points, or 2018, when they dropped just 15. In 2019 to date, Buriram have let slip 24 points in 10 fewer games but somehow find themselves with a three-point lead at the top of the table. 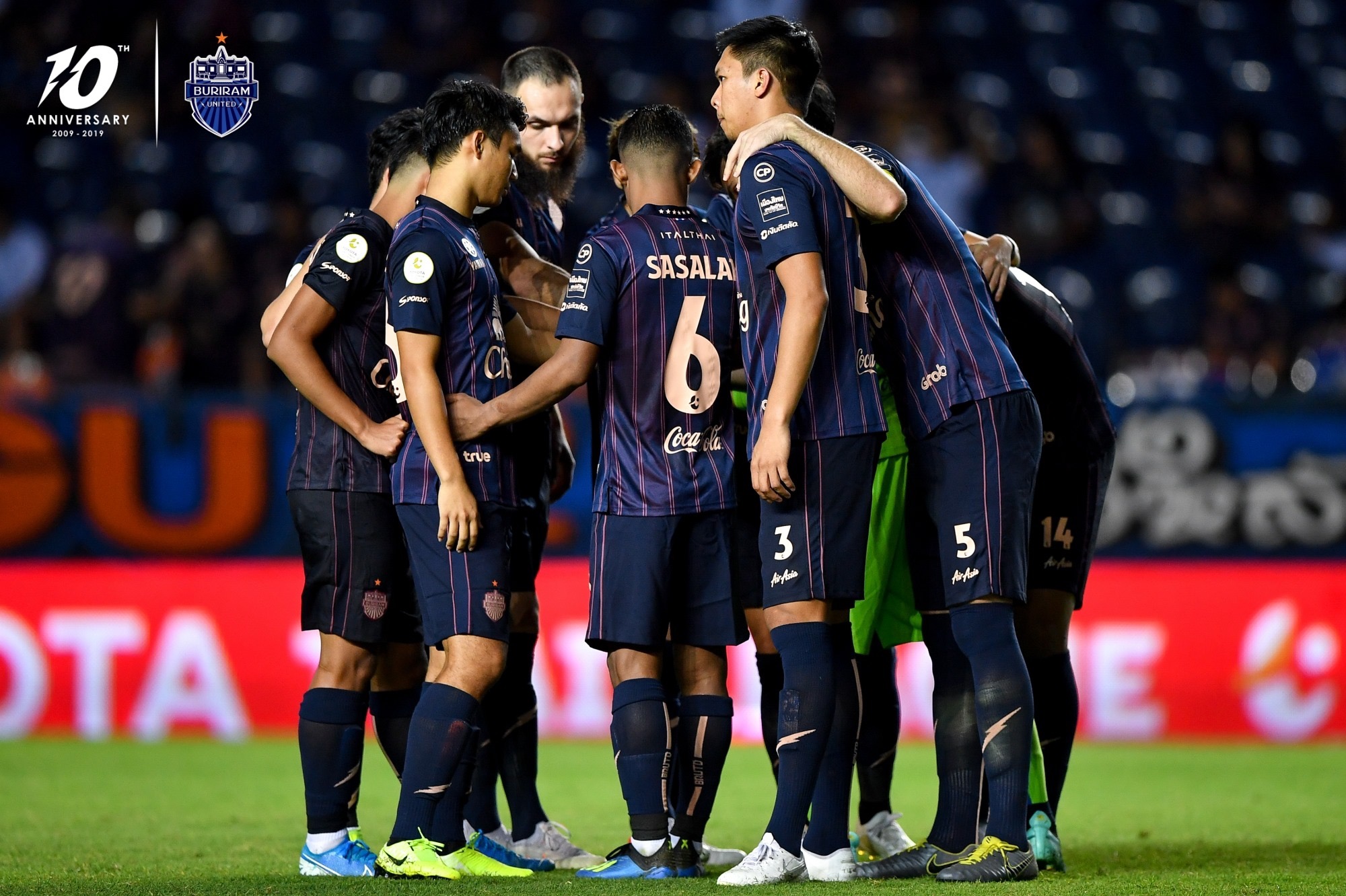 The champions’ young talent came to the fore last weekend as Suphanat Mueanta, Supachok Sarachat and Rattanakorn Maikami all found the net in a 6-0 rout of Ratchaburi. They now look well set for a sixth title in seven years, with Sukhothai heading for the Chang Arena looking slightly like lambs to the slaughter.

The Firebats sit just two points above the relegation zone and they may look at this fixture as mission impossible with more winnable matches to come. Nevertheless, Buriram have shown unusual vulnerability and inconsistency this season, while Sukhothai can take heart from a battling draw at Chiang Rai last weekend.

The odds are certainly in Buriram United’s favour but Sukhothai are unbeaten in four and may not roll over in the fashion of last week’s hapless visiting team.

Chiang Mai’s home support dipped below 1,000 fans last weekend as the folly of a mid-season move to Chiang Rai was laid bare. A club that generally cannot buy its own players and play in its own city does not seem to have a place in any league, never mind T1.

Chiang Mai’s farcical dependence on Chiang Rai United for loan players hit them hard when their ‘big brother’ recalled Ekanit Panya and robbed them of one of their most inspirational talents. The Beetles understandably put their T1 title challenge ahead of the Lanna Tigers’ survival bid and Chiang Mai are in serious trouble.

They have done well to stay in with a chance of survival for so long but time is running out and they are five points from safety. Nakhon Ratchasima may seem the ideal visitors at this time as they have just one win in 10 matches and need points to ensure their own safety.

Should the Swatcats manage to take the three points, Chiang Mai can surely start planning for life in T2. However, Chiang Mai have repeatedly shown that they won’t give up without a fight and it would be no great surprise to see them live to fight another day.

Ratchaburi’s mercurial playmaker Steeven Langil signed a one-year contract extension this week and, having missed the last couple of matches through injury, the Dragons will hope to have him fit and ready torment Chainat again.

Earlier in the year, the Frenchman turned on the style as Ratchaburi destroyed the Hornbills 3-0 away from home. Now five points above Dennis Amato’s side, they can ease any lingering relegation worries by defeating the same opponents at home on Saturday.

Ratchaburi may have been wounded by a 6-0 loss at Buriram last week but Chainat’s 3-2 defeat at home to Samut Prakan City was arguably more damaging. The Hornbills threw away a desperately needed three points by blowing a 2-1 lead late in the game.

This sets the scene for an intriguing match and all eyes will be on the influence of Langil, who has impressed in his first season in Thailand.