It’s all or nothing for both Port FC and Chainat when they meet on Thai League (T1) Matchday 28.

Port must win to ensure they do not drop further behind the Top Two, while Chainat need three points to avoid slipping a potential four points from safety.

There are several other big games at both ends of the table as the 2019 T1 season draws to a close.

Here are five things to look out for on T1 Matchday 28.

Josimar Rodrigues spent the first half of the year with Police Tero in T2 and cannot have imagined that he might end the year with a T1 title.

Josimar’s return to Port FC – where he spent the 2017 season – was seen as gamble as it meant that Dragan Boskovic would have to move on. There was then the drama of Rolando Blackburn’s signing and the possibility that Josimar would not form part of the T1 squad after all. 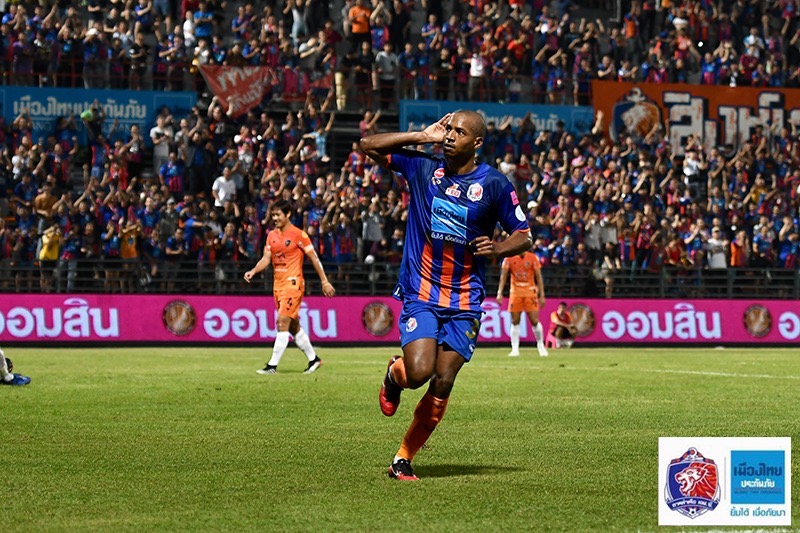 In the end, Port opted to sideline centre-back David Rochela and keep Josimar. The Brazilian has risen to the challenge in the last few games in particular, while Blackburn has largely been left on the bench. Josimar’s brace against Nakhon Ratchasima on Friday took Port to within two points of joint leaders Buriram United and Chiang Rai United. A victory over Chainat on Wednesday would set up a potential title decider in Buriram on October 20th.

But Chainat have their own needs to take care of as they sit second from bottom. With rivals Sukhothai and Suphanburi playing in more winnable home fixtures, the Hornbills risk falling further behind both if they cannot beat the title challengers.

Port are the league’s form team, with six wins in the last eight, and they have hit their stride at the perfect time. Another victory in this fixture would ensure that they keep the pressure on Buriram and Chiang Rai ahead of the final two games. In the unlikely event that the joint leaders both lose, Port could even end the week at the top of the table.

While Nakhon Ratchasima’s position is not as precarious as Chainat’s, they could be under a lot of pressure by the end of the evening if they fail to take anything from the Isaan derby at home to Buriram. The high of the recent 4-1 win over Samut Prakan City gave way to grim reality on Friday as they were soundly beaten at Port.

The Swatcats have an extremely challenging run-in and can’t afford to play tactically for a draw and keep something in reserve for the two fixtures to come. Next up are relegation rivals Chainat and Sukhothai, so the reality is that three straight losses against highly motivated sides may put them in T2. 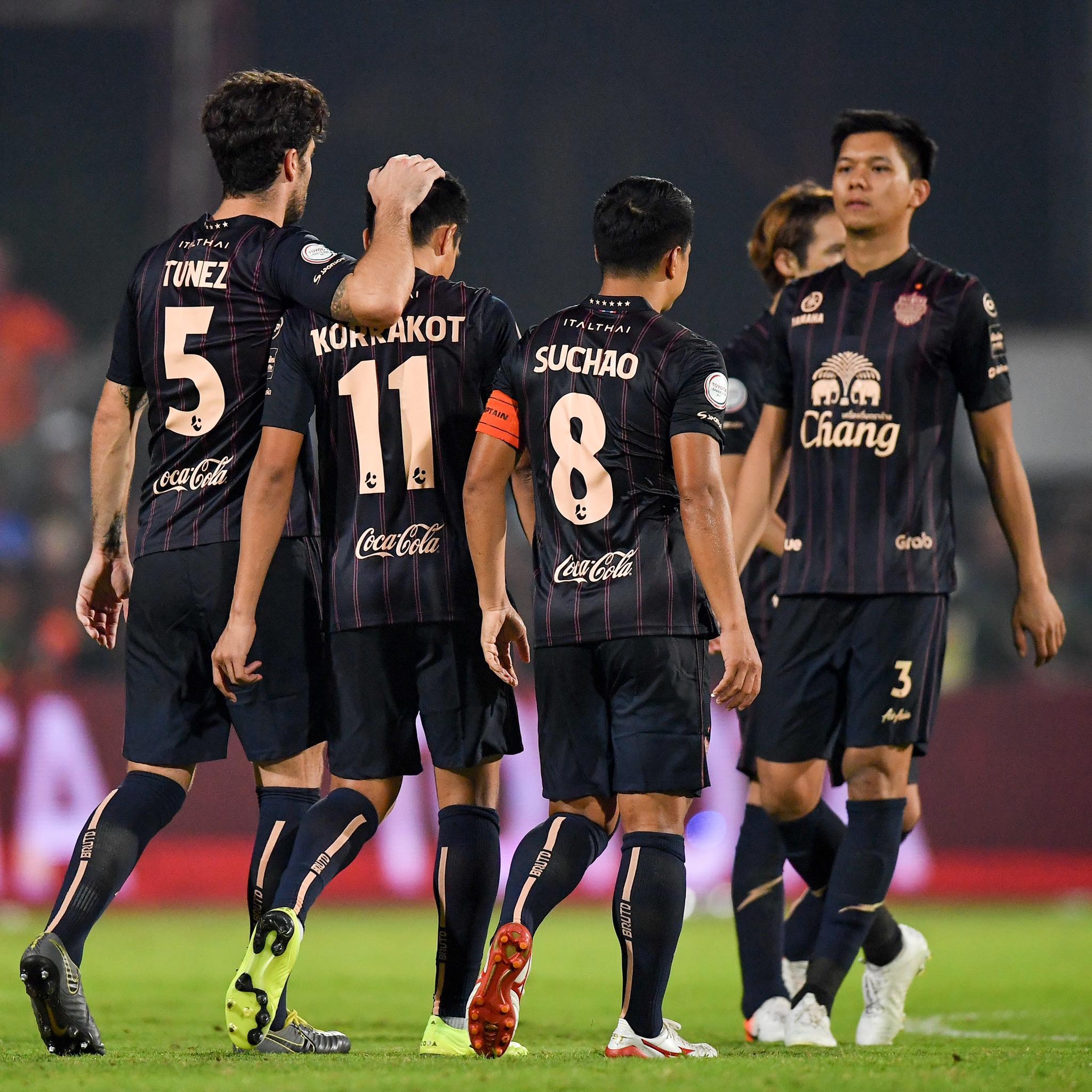 Remarkably, stuttering Buriram are leaders of T1 but by the most precarious of margins. While they lead Chiang Rai on goal difference, if the two sides were to end the season level on points, the Beetles would take the title through the head-to-head record.

Buriram are enduring a tough spell, losing in both cups to sides in the bottom half of T1, while hanging on to top spot by their fingertips despite unimpressive league form.

There is plenty at stake when these northeastern neighbours meet and if there is a winner, the losing side could be on the verge of losing their title or losing their place in the top tier.

It is tough to lead from the front and the two times Chiang Rai United have held the T1 lead this season, they have lost it in the very next game. When they beat Buriram 4-0 at the end of July, they rose to top spot but followed it up with a fortuitous draw at home to Ratchaburi.

A 3-1 win at Trat two weeks ago again saw them go clear at the top, with Buriram losing at Muang Thong. But Chiang Rai then failed to maintain their two-point advantage by drawing 1-1 at Bangkok United.

Three wins from the final three matches hand the title to Chiang Rai and this run begins with a match at a PTT Rayong side that are almost safe from relegation. PTT were poor in a 3-0 loss to Chonburi on Sunday and may be looking ahead to 2020 after more or less securing their T1 berth for another year.

PTT have had a strange season swapping relegation form in the early stages for a run of six wins in eight in the middle before taking just one win from the last eight to leave them in 11thplace. Thursday’s visitors can be encouraged by their opponents’ poor recent form but should be wary of a team that has taken four points from Port and drawn twice with Muang Thong.

Buriram claimed a 1-0 win at PTT on their visit and Chiang Rai must match their title rivals to ensure that their fate stays in their hands.

When Ratchaburi visited Suphanburi two weeks ago, they had just beaten Buriram in the FA Cup semifinal. Their celebrations may have lasted a few days but by the fourth minute they were 2-0 down in T1 action. The match ended 3-0 to the War Elephant – a vital victory in their battle against relegation.

On Wedneday, Prachuap FC visit, four days on from landing their first major trophy with a win over Buriram in the League Cup final. It took 120 minutes and penalty kicks so there was a physical and emotional cost to pay. 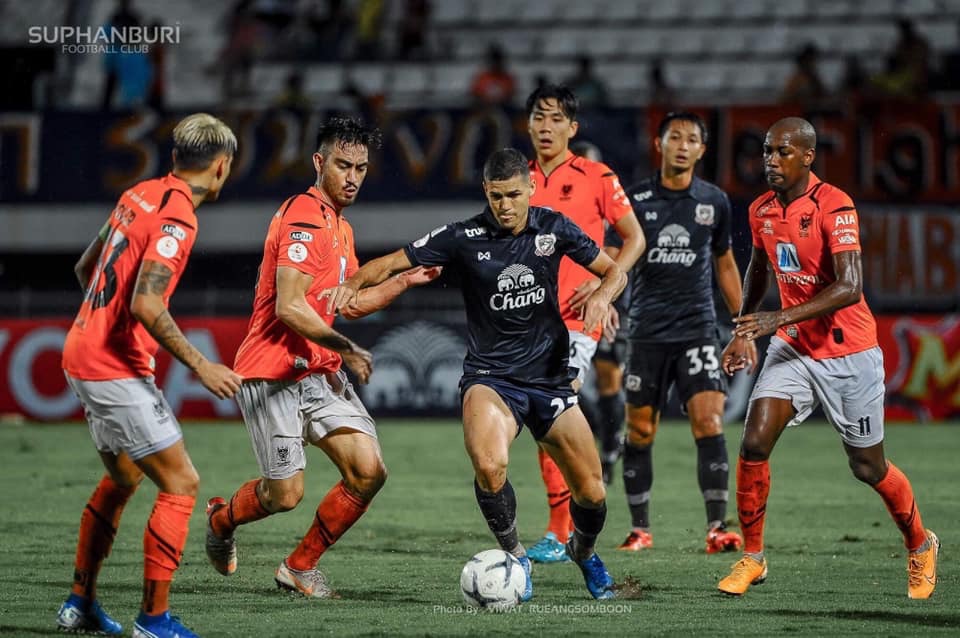 It may be the perfect time for Suphanburi to be hosting the Killer Wasps as, like Ratchaburi, they may still be basking in the glory of their cup triumph when the game kicks off. Prachuap’s recent form has taken them seven points clear of the relegation zone so they should be in no danger of being sucked into the battle to avoid the drop.

Cleiton Silva and Dellatorre were both in fine form against Ratchaburi and Suphanburi will again look to them to provide the goals to claim a vital three points.

Sukhothai have three matches to save their season, starting with a home match against Ratchaburi. A team that has won just four games all season would normally have been relegated by this stage but an incredible 15 draws has kept their points total sufficient to remain in with a chance of survival.

Their final three fixtures offer reasonable prospects of the victories that have been eluding them. All four wins this season have been at home and Trat follow the Dragons to the Thung Talay Luang Stadium. Both of these opponents are all but safe and may not offer the kind of resistance that others might. 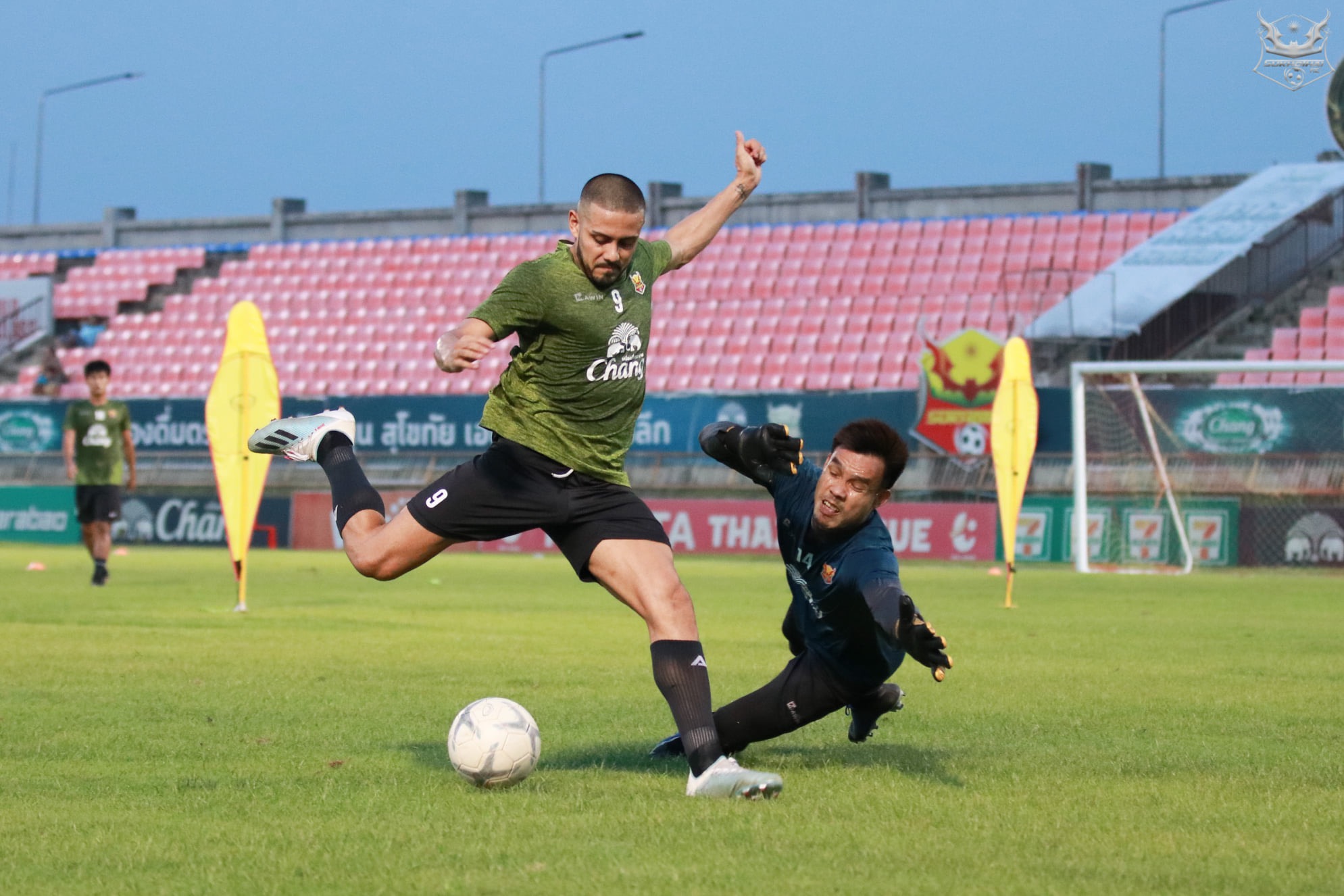 Victories in these two home matches could set up a huge game at Nakhon Ratchasima on the final day of the season. With the Swatcats currently four points above the Firebats, they need to win their next two matches to shake them off, assuming Sukhothai win both of theirs.

With Philip Roller, Yannick Boli and Lossemy Karaboue all suspended, the Dragons are missing three of their best players. Sukhothai striker Irvin Herrera has failed to make much of an impact since his arrival in mid-season and perhaps it is time for him prove that he – like his countryman Nelson Bonilla – can become a hero for the club.

Buriram close in on another title after controversial victory