Buriram United hope to wrap up their sixth Thai League (T1) title in seven years when they visit relegated Chiang Mai on Saturday.

It has been a relatively poor season for the champions but the failure of their rivals to take their best opportunity in years means it looks like we will see the same old story.

Chiang Rai United will cling on to the hope that Chiang Mai can take at least a point from Buriram, allowing the Beetles to lift their first T1 crown with victory at Suphanburi.

At the bottom end of the table, what was expected to be a dramatic finish has been obscured by the uncertainty over PTT Rayong’s future. If PTT drop out of T1 for financial reasons, Suphanburi, Nakhon Ratchasima and Sukhothai should all survive.

Here are three things to look out for on T1 Matchday 30.

The close relationship between Chiang Mai and Chiang Rai Utd has been one of the more unedifying features of the 2019 season. Chiang Mai would have been far less competitive without their several loan signings from the Beetles, including the explosive talents of Ekanit Panya in the first half of the year.

The Lanna Tigers move to Chiang Rai when their home ground was closed for renovations made things uncomfortably closer.

By fielding a weakened XI for the past three matches, it seemed apparent that Chiang Mai did not want another season in T1, perhaps because another team with close links – BG Pathum United – had been promoted back to the top tier.

With relegation now confirmed, Chiang Mai are now in a position to show their gratitude for all those loan deals and for a temporary stay at the Singha Stadium. Beating or drawing with Buriram may look unlikely but, back at their home ground, they have a fighting chance. Bangkok United, Muang Thong United and Samut Prakan City – all in the current Top Six – could only take a point on their visits north.

Top striker Eliandro has been left on the bench for the last three fixtures but he gave a reminder of his capabilities when he came on to score twice in 15 minutes in last week’s win at PTT Rayong.

Buriram’s inconsistency is demonstrated by the fact that they have yet to win four T1 matches in succession this year. They are currently on a run of three, so to make sure of yet another title, they will have to make it to four.

It had been shaping up to be a dramatic winner-takes-all clash, as Nakhon Ratchasima prepared to host Sukhothai in match that could have ended with one or neither relegated.

A draw would suit both were Suphanburi to be beaten by Chiang Rai Utd, while a Nakhon Ratchasima win would condemn Sukhothai. A Suphanburi victory combined with three points for Sukhothai would send the Swatcats down.

With confirmation of PTT’s fate unlikely to be confirmed until next week, this remains the case for now but the poor timing of the news from PTT has cast a shadow over the relegation battle. The three sides still involved now know that they might already be safe regardless of what happens this weekend.

Based on what has been communicated, Nakhon Ratchasima and Sukhothai have to go into Saturday’s fixture aiming to win. Should news filter through that Chiang Rai are winning comfortably at Suphanburi, we may see a drop off in the space if the score is level in the northeast.

It is a complicated scenario, further complicated by the rumours over PTT’s future. However, this is a battle for survival, even if survival is decided retrospectively.

A pre-season that saw the departure of new head coach Jose Borges suggested that all was not well in Chiang Rai and that this might be a tough year, following consecutive Top Five finishes.

On the contrary, under Ailton Silva the Beetles have come closer to T1 glory than ever, though they have not managed to replicate the cup success of the last two years.

Consistency of team selection and relatively few issues with injuries have been key to keeping Chiang Rai in the title race. They have depended heavily on the Brazilian pair of William Henrique and Bill in attack, while benefiting from Ekanit’s return and the solidity of Phitiwat Sukjitthammakul in midfield.

There is a good overall balance to the team and the healthy blend of youth and experience that is often found in title contenders. 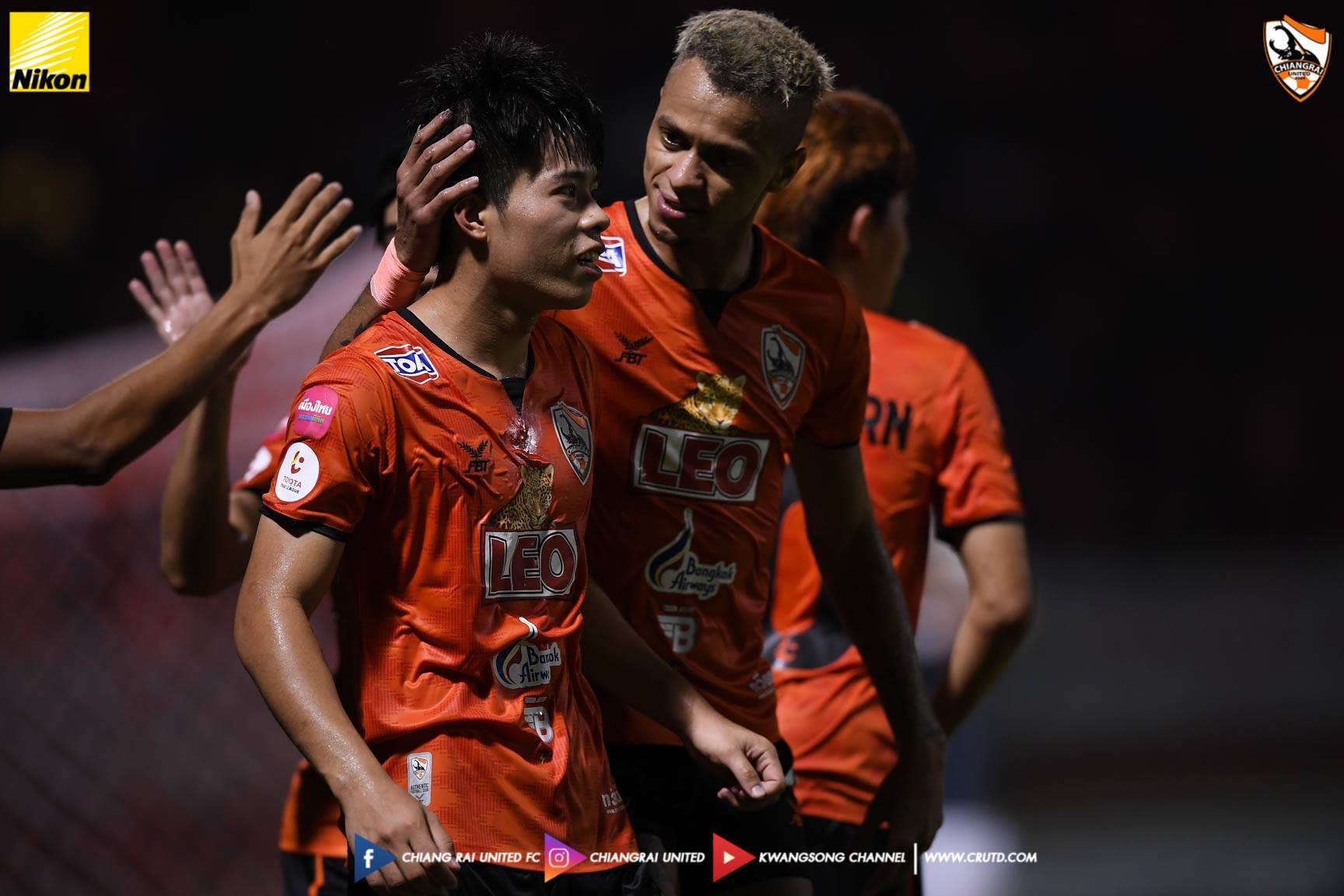 Unfortunately, they have blown opportunities to stay in control of their destiny this year but with one match remaining, they are still in with a chance. They have to win at Suphanburi and hope for their notherrn neighbours Chiang Mai to pull off an upset against Buriram.

The War Elephant have their own agenda as they need a victory to guarantee survival, so the Beetles won’t get it all their own way. But the visitors may benefit from the rumours about PTT’s possible withdrawal from the league – something that would probably ensure that Suphanbuti stay up.

Few expect the final day to end with a big surprise but it would be quite a story if the two teams from the north combined to produce a new T1 champion.

Buriram and Muang Thong benefit as Chiang Rai slip up