It wasn’t supposed to end like this. Port FC had installed seating on the metal steps of their rickety terraces for the specific purpose of gaining AFC certification and playing their AFC Champions League (ACL) qualifier at home to Ceres Negros.

Port could have attempted to have the game played elsewhere, but with Rajamangala and Thammasat stadiums occupied by the AFCU23 Championship, the most obvious alternative would have been the home of bitter rivals Muang Thong United

So Port elected to beautify the PAT Stadium – the best arena for atmosphere in the Thai League. It made sense to make it accessible to their fans even if the existing design didn’t lend itself to the plastic seats that were forced in and not exactly suited to anyone over five foot tall.

Still, it was great to see a Port side that played in T2 as recently as 2016, host a match that raised the club’s profile further and offered the reward of a trip to face F.C. Tokyo in the playoff for the ACL proper.

But there will be no trip to Japan for the players, nor the fans – some of whom had already booked their tickets in the expectation of a victory over Ceres.

The Philippines champions had beaten Brisbane Roar at the same stage two years ago and, despite their exaggerated claims of lack of preparation time, it was clear they would be no pushovers.

Nevertheless, a look at the lineups suggested that Port were the stronger side and, roared on by a sellout crowd, a home win was the outcome expected by most. Ceres skipper Stephan Schrock even claimed that “no one would bet a dime” on his side winning the tie given the limited time they had had to prepare.

But from the start it was clear that Port were out of sorts. Perhaps they had underestimated their opponents and Ceres had the best of the opening half hour, as Worawut Srisupha had to make two fine saves to keep them out.

Port’s attacking play was disjointed and, while Heberty Fernandes saw plenty of the ball, he struggled to work the shooting chances he relishes. Sérgio Suarez was his usual industrious self but often found himself crowded out.

There were two big shouts for Port penalties as half-time approached and the home side finally seemed to getting on top of a tiring Ceres.

But the break came at the perfect time for the visitors. They came out reinvigorated and started the second half strongly. A period of pressure was ultimately rewarded with a goal, though it came from a calamitous goalkeeping error as Worawut pushed Shrock’s cross into his own net.

There was still plenty of time for Port to make the comeback and efforts began to rain down on the Ceres goal. But the visitors seemed to have a force field protecting their goal as Port’s multiple attempts all seemed to go wide of the post. 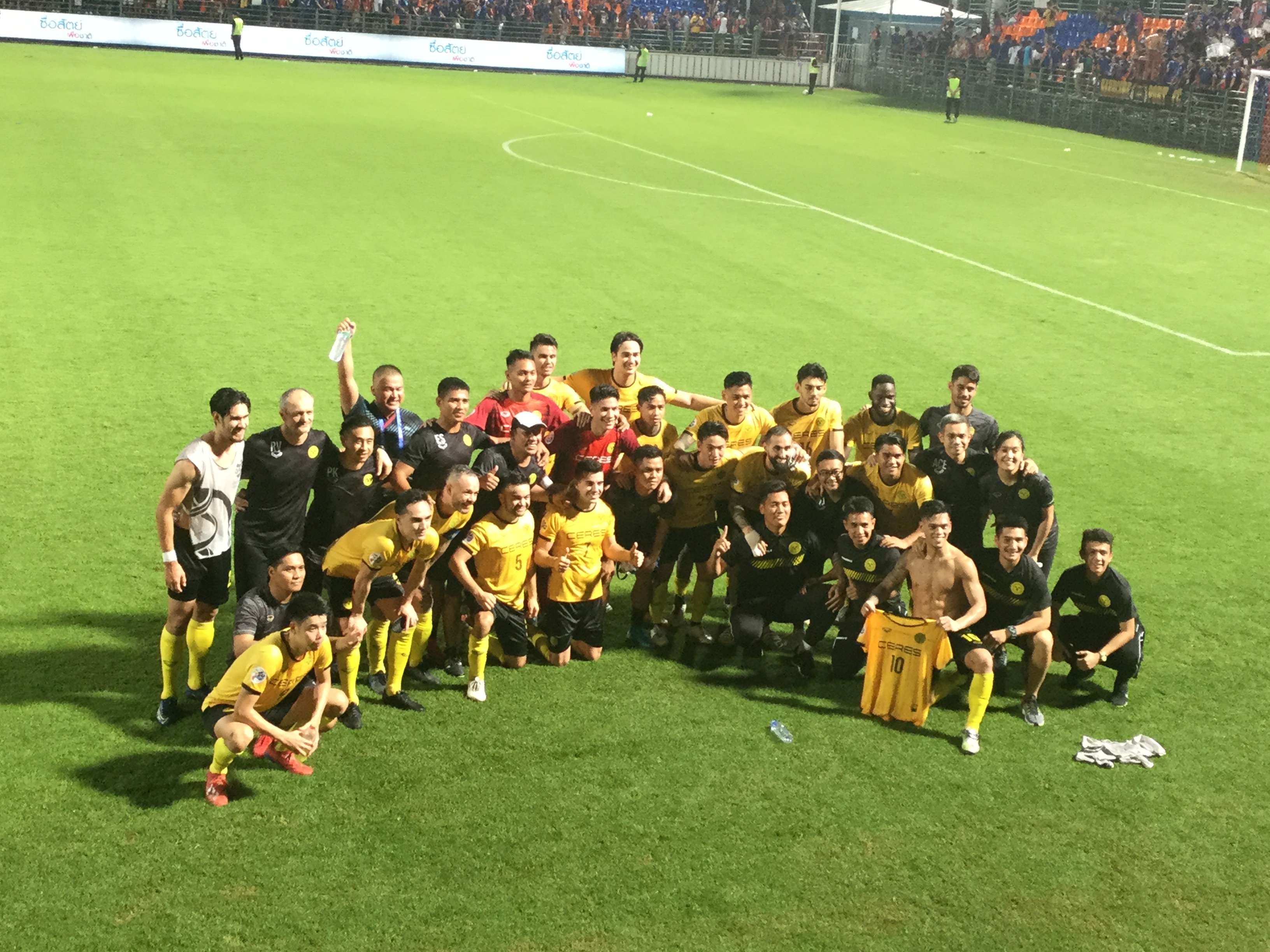 When substitute Tanasith Sripala did get one on target, a defender’s leg diverted it away from goal and Ceres breathed again.

In added time, it was clear that Port’s spirit had been crushed as Ceres broke from a corner and ended up with about five on two, with the home players sauntering back up the field. Ceres contrived to miss the chance to add a second but the game was done and Port’s benefactor Madame Pang cut a bemused figure as the visitors cavorted around the pitch in jubilation.

Port have much thinking to do if they are to mount their expected bid for the T1 title. The acquisition of Heberty was supposed to be the final piece in the jigsaw but the Brazilian’s free role leaves the team without an out-and-out striker again unless Adisak Kraisorn becomes a regular starter.

Winger Bodin Phala chose a bad time to have worst game in a long while, but he will hopefully come good again. Much focus, of course, is on Worawut after his howler handed the game to Ceres. Port have three goalkeepers on their books of a similar standard – none of them up to the level of the keepers at their closest rivals.

Siwarak Tedsungnoen, Michael Falkesgaard and Dang Van Lam are all a class above and even Chonburi’s 37-year-old Sintaweechai Hathairattanakool is still one of the best in the league. Port have put a lot of money into strengthening their squad in the last few years. However, the goalkeeping position stands out as a blind spot that may have to be addressed if they are to make up for this extremely disappointing experience by winning the 2020 T1 title.

Striking problems for misfiring Buriram as they prepare for Ratchaburi challenge

Thais must find cutting edge to win in Indonesia

Port prove a point while Bangkok United draw a blank